It’s a question I often get so let’s address everyone’s favourite topic: romance!

As a writer, I tend to include it as a secondary element that completes the plot; it’s rarely my focus. Thus at first I was a little hesitant to use common visual novel labels for Chronotopia as the whole genre relies heavily on the exploration of romantic relationships. But in the end it’s still an integral part of the story as Kionna will indeed be able to pursue in a fairly traditional way three different love interests: her childhood friend Nahima (GirlxGirl), the mysterious Fairy (GirlxGirl) and the « true Prince »  whose identity has not been revealed (GirlxBoy). 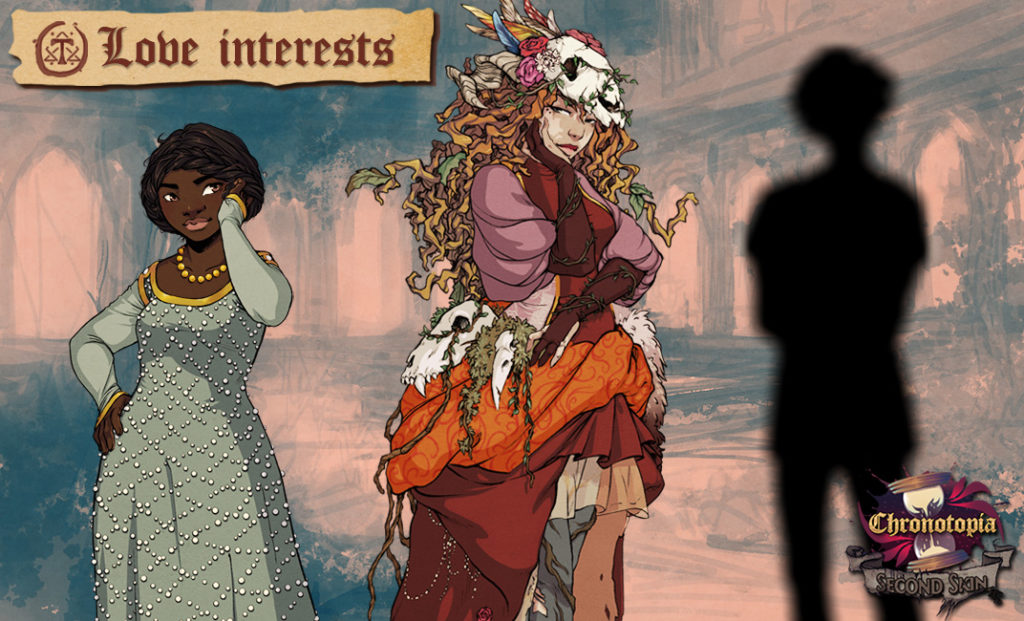 Following the many tribulations of the main story, you can enter a short route with one of those characters depending on your choices up until that point. Each outcome is of course different, which means that the princess will get gain a different type of closure each time…that is if you manage to get the good ending. It can’t be that easy, after all! Each good ending is separated in two versions: a sexual one and a platonic one if you’d rather keep things sweet and simple. If you select the first one, you’ll then be treated with an intimate moment between the characters with its own slightly erotic illustration. It’s meant to portray the peak of Kionna’s relationship and add more character development on top of being a little writing experiment for me~ 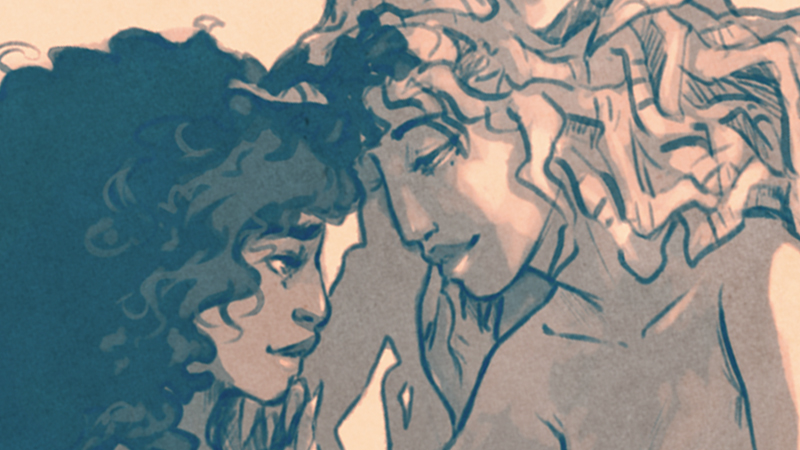 I do need to mention that the main version of the game will absolutely stay All-ages so female breasts will be hidden and no genitals will be shown either. The intimate scenes will likely be shorter as well. However, all backers who pledged at least to the Digital game tier will be provided with a Kickstarter-only patch to restore bare breasts and have the full love scenes should they desire so. It still won’t be full on pornography but hopefully my little experiment will prove successful.

As a side note: yes, Kionna will be able to form a relationship with the three princes displayed on the Kickstarter page (I’ll introduce them very shortly). However those won’t be traditional romances like you usually see in visual novel: their ‘routes’ are more story-driven than character-driven. That’s why I’ve decided not to count them as ‘official’ love interests :).