From 2nd to 6th July, the whole team attended Japan Expo, the biggest european convention around japanese culture (anime, manga, videogame, etc). Being more of the discreet kind, I confess that I don’t go to convention very often, so it was my first time at Japan Expo. I was very nervous, not knowing what I should expect except a lot of troubles, and starting right off the bat as an exhibitor was scary as hell ! Fortunately, this first experience went well. 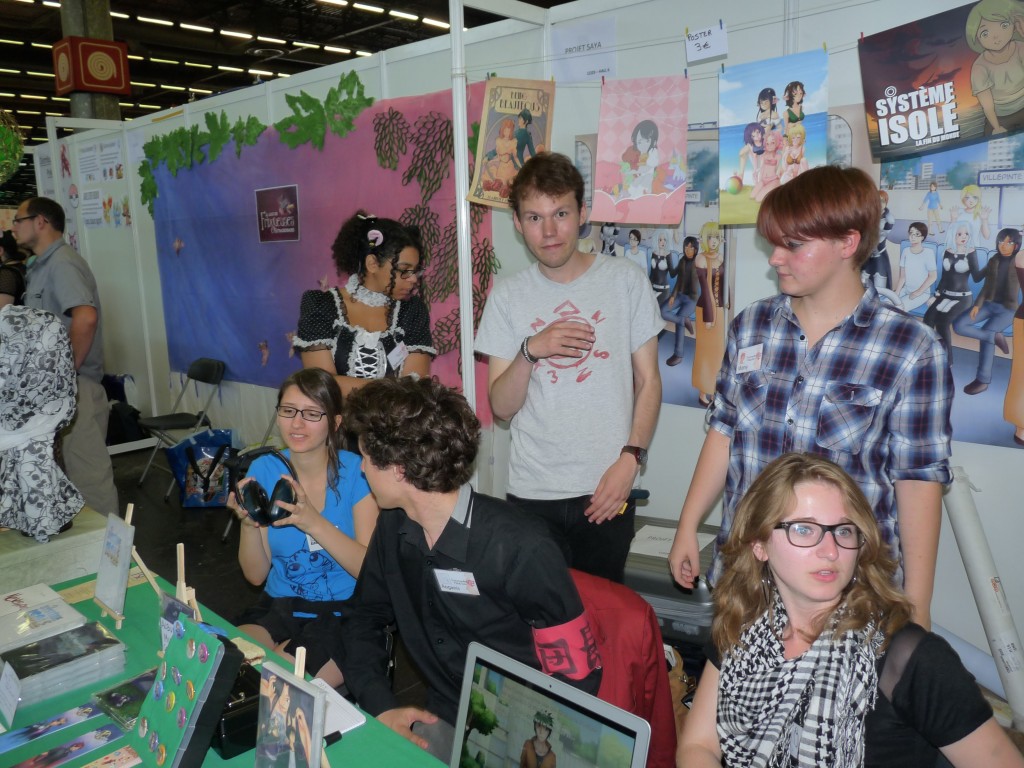 First of all, the atmosphere behind the Projet Saya booth was very enjoyable. We were many people : the Swiss team Endless Seasons, the organiser from projet Saya, a good ten or so of the Träumendes Mädchen team (luckily never at the same time) and Atelier Dreamnoid at the end of the week. Being that much people was clearly a weakness in terms of comfort (not many chairs, not many place for everyone’s bag, the back of the booth being a real mess) but is was a real strength in terms of motivation. Everyone was taking turns to manage the booth, so you could take break whenever you wanted to rest or go take a look at the convention. Since an exhibitor has to wake up early in the morning, stay up all day long with the crowd and noise all around, and go back late in the night, needless to say we were all soon tired. But thanks to our number, we managed to stay awake and energetic throughout the week, which is kinda miraculous ! Besides, we were united and there was always someone to chat or clown around to lighten the atmosphere. In brief, it was very enjoyable to be a part of a motivated and welcoming collective. 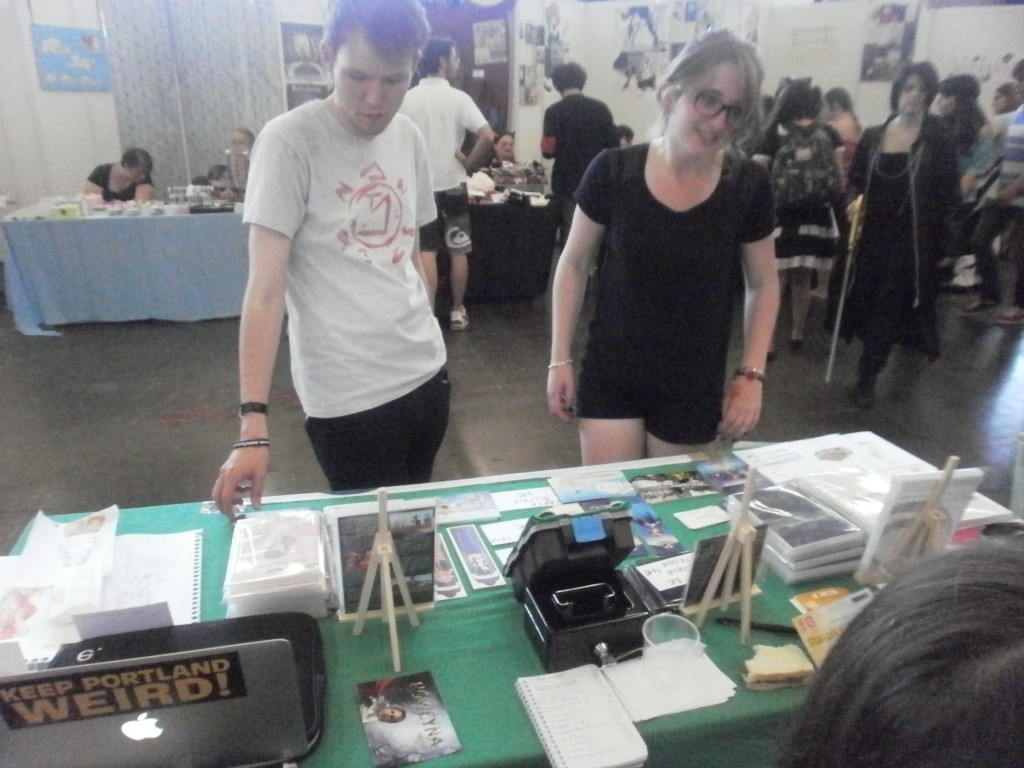 Our booth was decently located : we regularly had visitors stopping in the amateurs area to look around. The people on the booths next to us were all adorable and put ut with our constent babbling. Roganis, our composer, also befriended the booths in front of us that were selling doujin music : Butterfly Odyssey, a French group doing celtic music and seam ( he bought  himself a soft cat paw) and Showdo Records, a Japanese group that was very kind (Melow gave them some little sketches as a gift). It was a real pleasure to talk with them and we’ll be sure to greet all of them if we come back to Japan Expo. 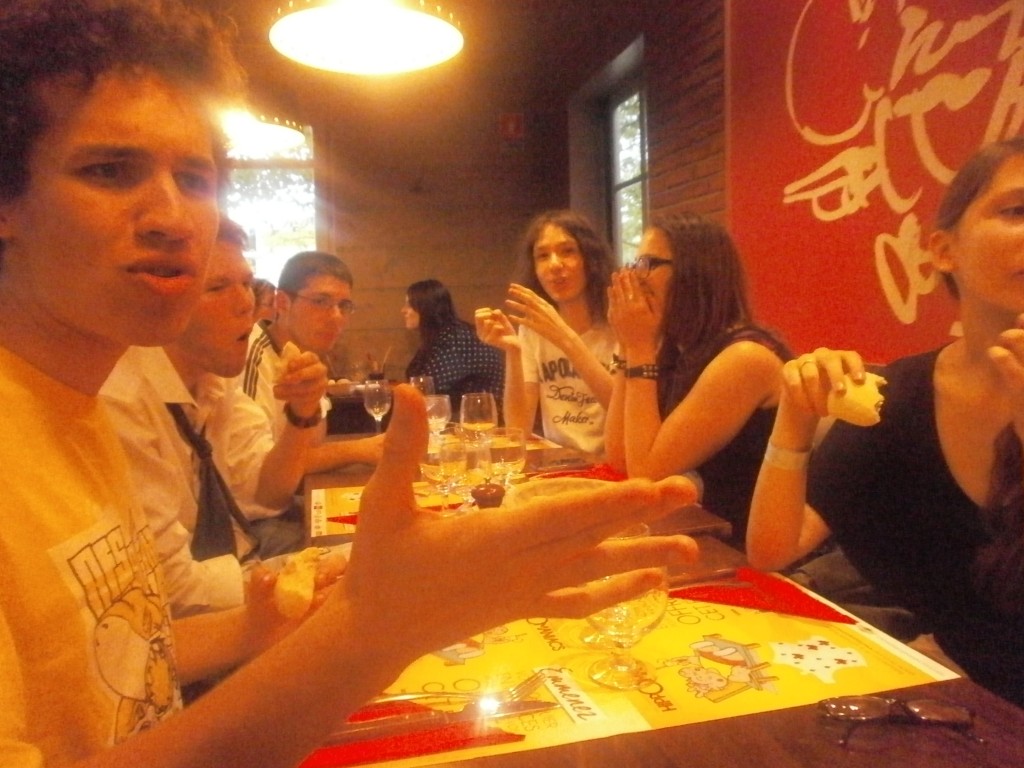 Even the visitors were all super nice to us ! We were attending the convention to promote the creation of visual novel and not to make a lot money, so we simply were happy to talk about what we liked. It was interesting each time : with people who didn’t know what this was about, we shared our passion for visual novel, and with accustomed people, we exchanged about our favorite games. A bunch of Nitro+ fans came to us because of the banner referencing Saya no Uta BTW ! I think our honesty was showing because a lot of visitors actually listened to our speeches XD. It was heartwarming and we didn’t expect that much interest. Some visitors even spoiled us : there was a girl that showed up to offer us handmade cake and a man let us a little tip. Being able to discuss about visual novel with Polish guys was also super cool and we hope to see more foreigners next time. 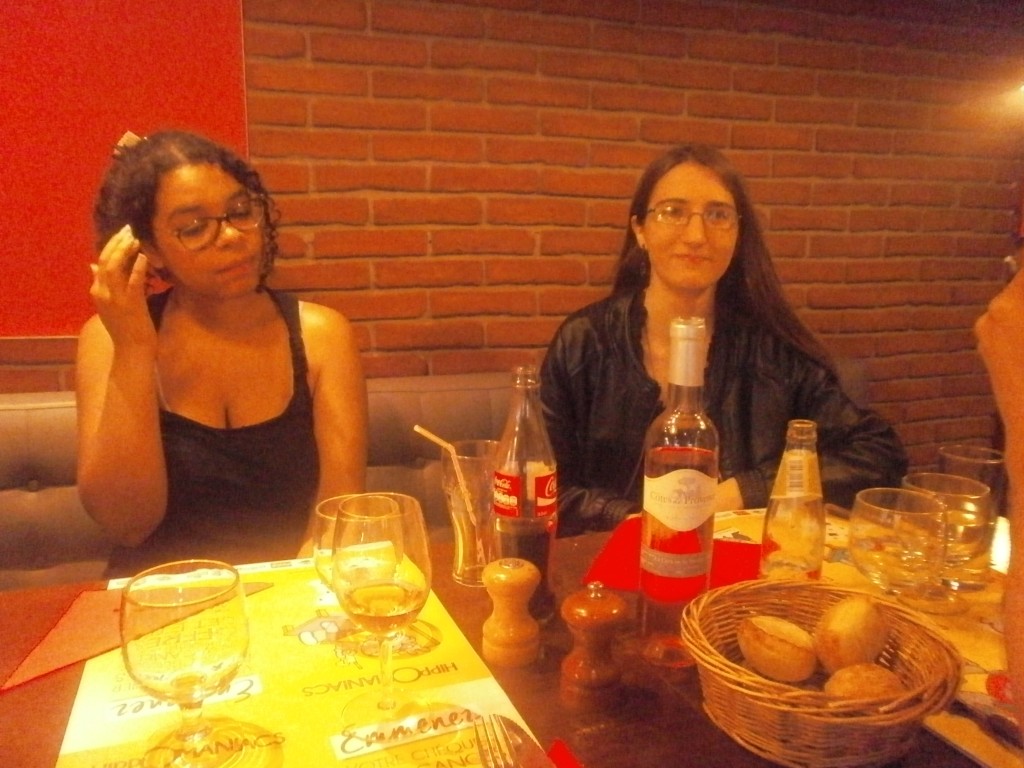 The biggest surprise we encountered was the little success of our products. We never attended any convention before, so we came expecting the worst (even if Endless Seasons and the organiser from Project Saya had both experience which was reassuring). In reality, all physical copies sold well so much we were out of stock Sunday evening (hard copies for the Indiegogo’s backers were of course booked, they’re not affected). Roganis music album sold well too. On the other hand we didn’t print enough leaflet and quickly lacked stock, we’ll have to correct that mistake another time. 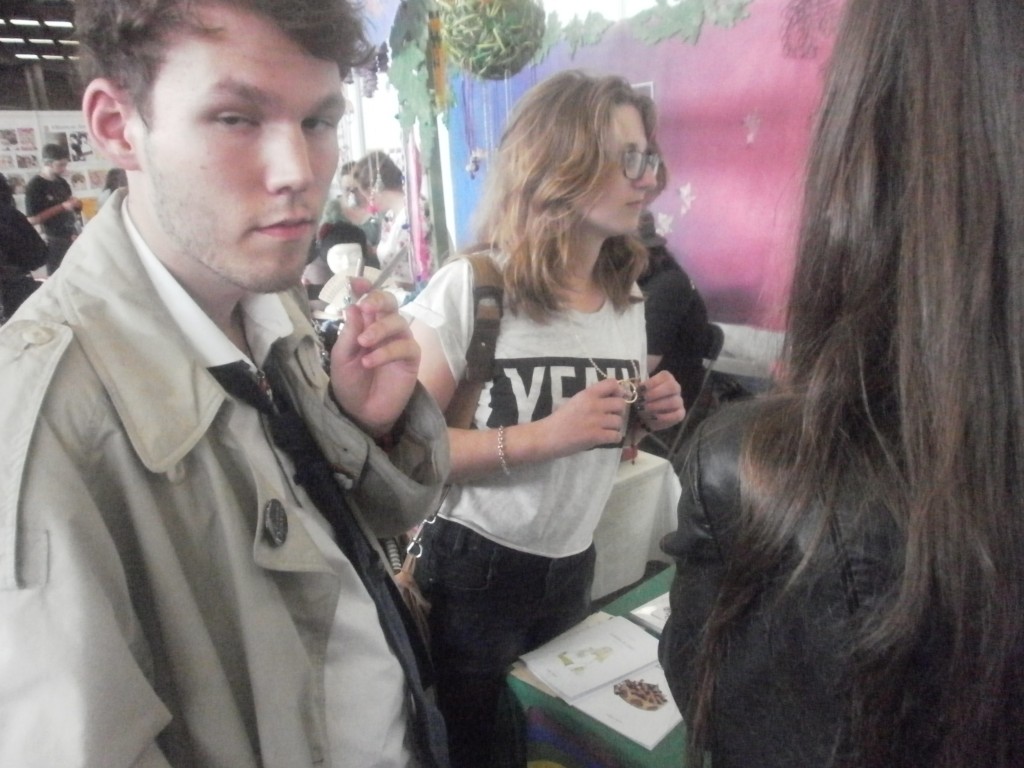 Only regret : Snow Light wasn’t ready on time. Projet Saya announced in a campaign update that the dev would sell physical copies at our booth but he had to retire because of many unexpected problems…

In the end, only the goodies are left since they didn’t sell that well. Some people could call it a failure but that’s not our opinion. Goodies bring some colors and fill the space (a booth with only two things on sale would be sad), plus they flesh out the world we’ve created. Most visitors didn’t know our visual novel before, so it’s natural that they don’t want to buy goodies of an unknown story right off the bat. But, if they enjoy their read after discovering us, mayve they’ll be interested next time. Those goodies aren’t gonna go to waste, they’re part of a long-term strategy and we won’t print that every year (would be way too expensive !). 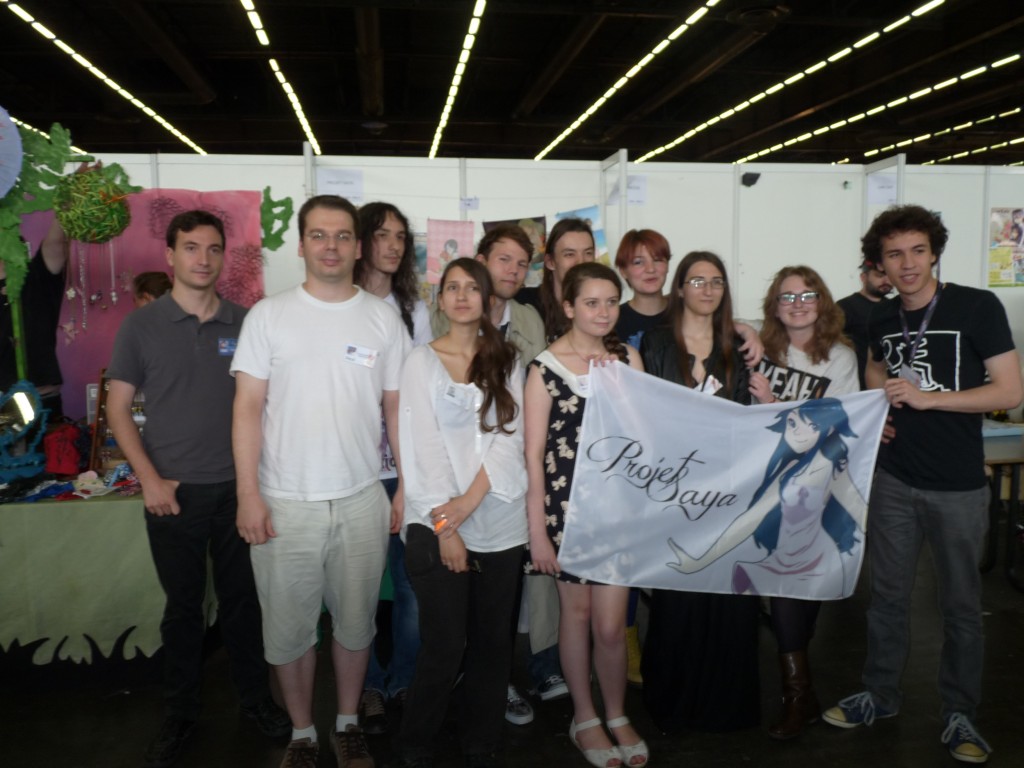 Apart from managing the Projet Saya booth, I didn’t really get the chance to visit Japan Expo. The only event I got to see was the Kalafina live. Fans were so on fire, they applauded each time they could (in any instrumental break of any song, for example). I would have appreciated more songs from their first albums but I expected that they would focus on their newest and I was delighted when they ended the live by singing Sprinter. I hope Wakana, Keiko and Hikaru liked they stay in France.

While a part of the team was attending the concert, another part went to Oyari Ashito’s signing session, a famous artist that illustrated several visual novel (with lots of lolis :p). 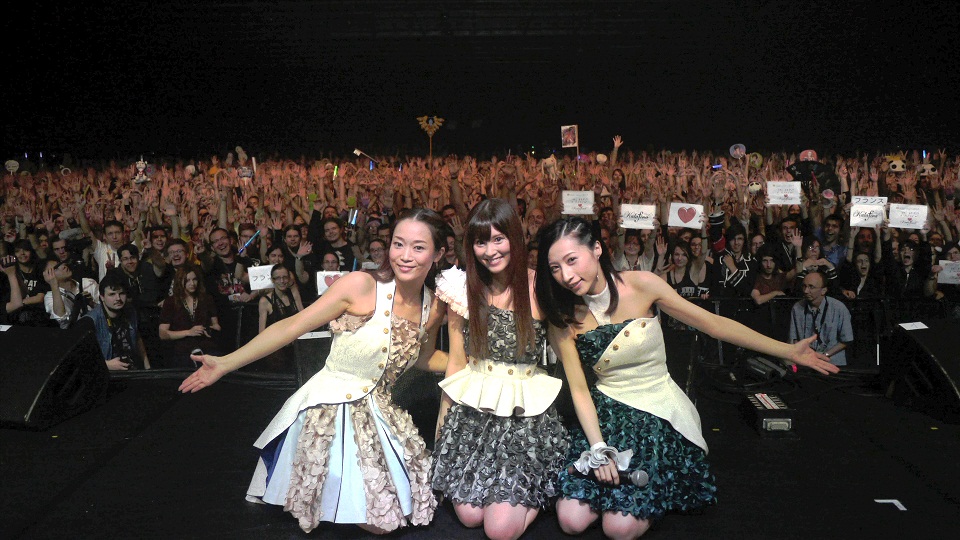 To finish this lenghty post, here is my humble loot :

Want to see more pictures ? There are some on the last update from our Indiegogo page and we posted a whole album on Facebook with descriptions. Your comments are welcome ;).