I hope you had a good holiday! As for me, I must say I haven’t really had the chance to rest. But I wanted to go back over the big odyssey that was my recent experience with Steam. I unfortunately cannot go into detail but I still hope it will be useful one way or another. 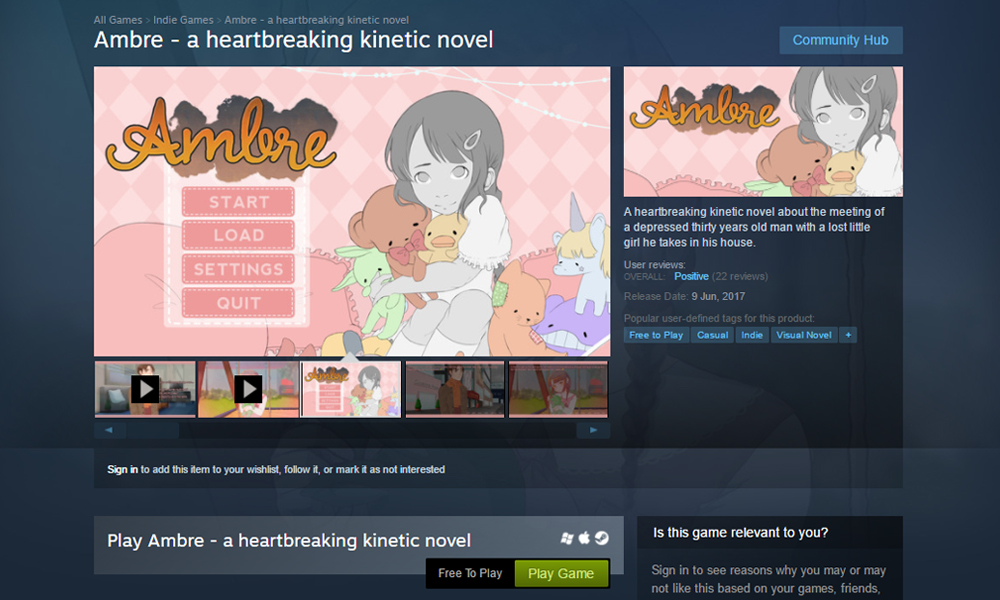 Last december, I did a survey to see if you were interested in a Steam edition of our short projects. With your approval, I immediately started working on a new version of Ambre.

This version was rather quick to make in itself since we were a very small group and there was already an existing version of the game that could serve as a base. I must have contacted Melow sometime in January and potouto sometime in February and everything was already finished early March, which is saying something. I have likely received Amy‘s trailer one or two weeks later. Even the Greenlight campaign was shorter than expected: Ambre was posted the 17th March and greenlit the 31st even though our stats were way lower than during Chronotopia’s campaign.

With a development period akin to a gamejam, one could have believed the release would follow shortly after, but it was without counting the numerous pitfalls on our path!

The main reason that me pushed to put our short visual novel on Steam is that I was sensing it was going to be complicated and I didn’t want to screw up on Chronotopia’s launch. And I think I was right. It took me almost a month to upload the game on Steam because their video tutorials in English aren’t actually very clear (the few written explanations aren’t either) and I got a bug that’s apparently quite common and quite simply prevented me from logging in. No log in, no upload! There is a way to get around that issue which is to download the SDK GUI which allows to log in without troubles. The only problem is that this GUI can only be obtained on the private dev forum and you get access to it through invitation…and my request remained unanswered to this day. Luckily for me, the visual novel dev community is rather friendly and I was able to contact other creators who had undergone the ordeal before me. Thanks to them, I was able to get the GUI in question and upload Ambre.

But the trial wasn’t totally over yet! It took me almost another month to add achievements. Not because it was difficult, because it wasn’t, but because you have to request a specific library to make it work with Ren’Py. As long as that folder isn’t installed, you can do whatever you want, it won’t work! As with the previous step, you can’t really do anything alone: you have to contact, either PyTom, either a charitable dev, to obtain the precious door opener. 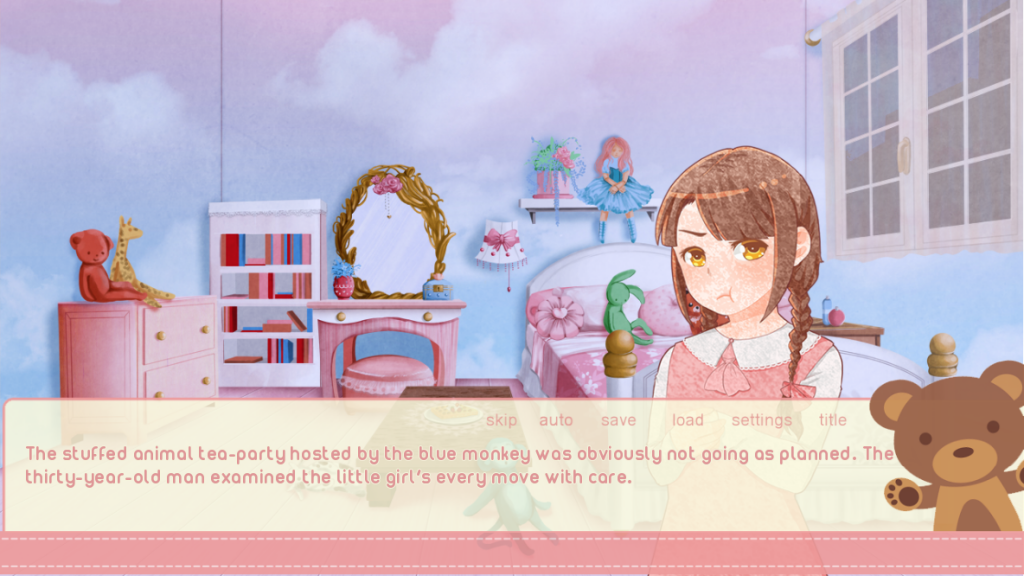 In other words: Steam isn’t exactly noobies-friendly. You really have to know people nice enough to explain to you how it works, otherwise you may wander for a while, even though filling the store page is very easy and upload in itself isn’t super complicated either. (Or maybe the log in will work first try for you, who knows)

Another subject that can surprise beginners might be the verification: Have you ever noticed that many developers publish their game’s page way before it’s released? It’s rather handy but also implies that Valve checks the store’s page and the game itself separately, which means you have to ask for their approval several times! I fell for it the first time around because I thought the game had to be ready for the store page to be approved, which delayed the deadline a little more. And I failed that verification several times because of some details I thought were anecdotal but that Valve actually takes very seriously. For example, I couldn’t keep the Greenlight’s trailer and had to contact Amy as an emergency to fix it X). 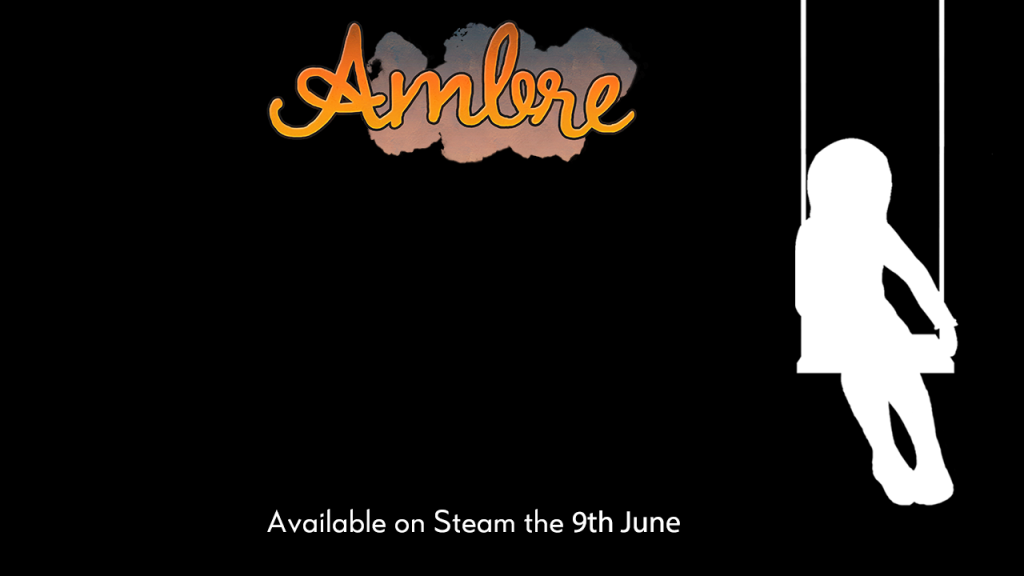 In the end, I had to wait until June for the new version of Ambre to be available on Steam! And I was able to experience the first few hours’ stress instantaneously as, to my great horror, players posted spoilers screenshots right away. I admit I panicked a bit because I had not planned this eventuality at all and I didn’t really know what to do. In my precipitation, I mixed up moderation tools, which didn’t help. Fortunately, I was able to make it right and apologize to the concerned people. The moral is: if you want to prevent players from spoiling part of the story, make an announcement that will be available from release, which will spare yourself some troubles…even if some people are bound to ignore your requests.

Because, yes, Steam’s audience has a rather bad reputation. It is said to be terribly demanding, scornful even. So I was really wondering what kind of reactions I would get. Without surprise, there have been some unpleasant behaviors: for example, less than an hour since the release, several “tips” flourished to explain how to use the Skip button and get all achievements without even reading the story. Charming, isn’t it? Needless to say that kinetic novel can cause issues because of that. I also got an impressing number of players who only tried the game out because it was free, visibly without even checking what type of game it was. And you can feel that in the review since the same people obviously were shocked to discover it wasn’t a cute game at all. It’s not as if I didn’t try to warn them X). Also, some Youtubers had no qualms making the CG I asked not to spoil the thumbnail of their video but since it was months after the release, it matters less to me. 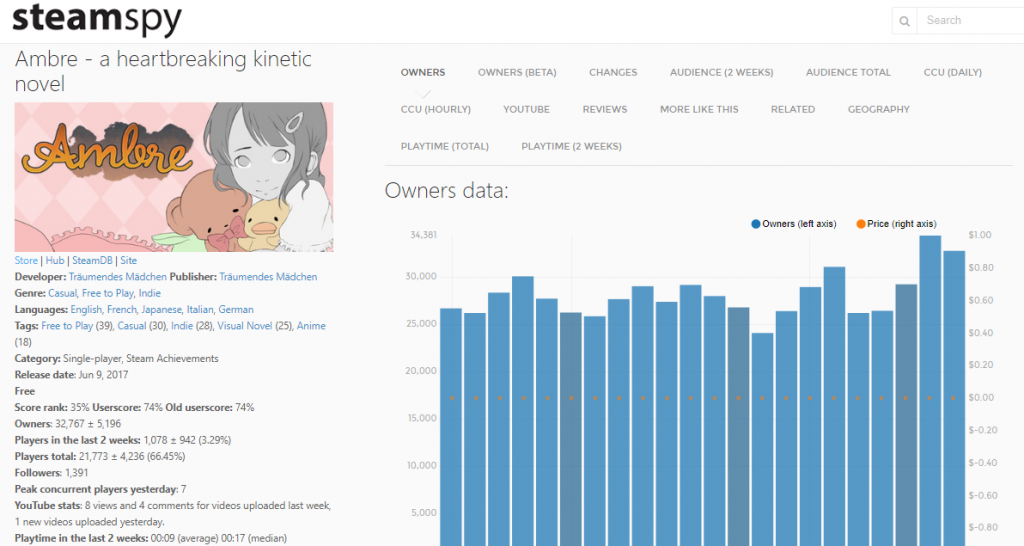 But, actually, most of the reactions were moderate: some players liked the visual very much, some not so but explained why, and overall it went rather well. For a game that could be potentially controversial like Ambre, it was rather unhoped for! I don’t know if I can give official statistics but the numbers given by SteamSpy aren’t very far from the truth: we’re close to 30 000 downloads and 300 reviews, mostly positive ones. Just goes to show you that reputation may be scarier than reality. Besides, I’ve received offers to translate the text into several languages, which made me really happy. All didn’t lead to anything, it’s often the case with non-professional, but Ambre is still available in 5 languages thanks to them! I’m obviously very grateful for this opportunity, same with all the Youtubers that accepted to try out the game. 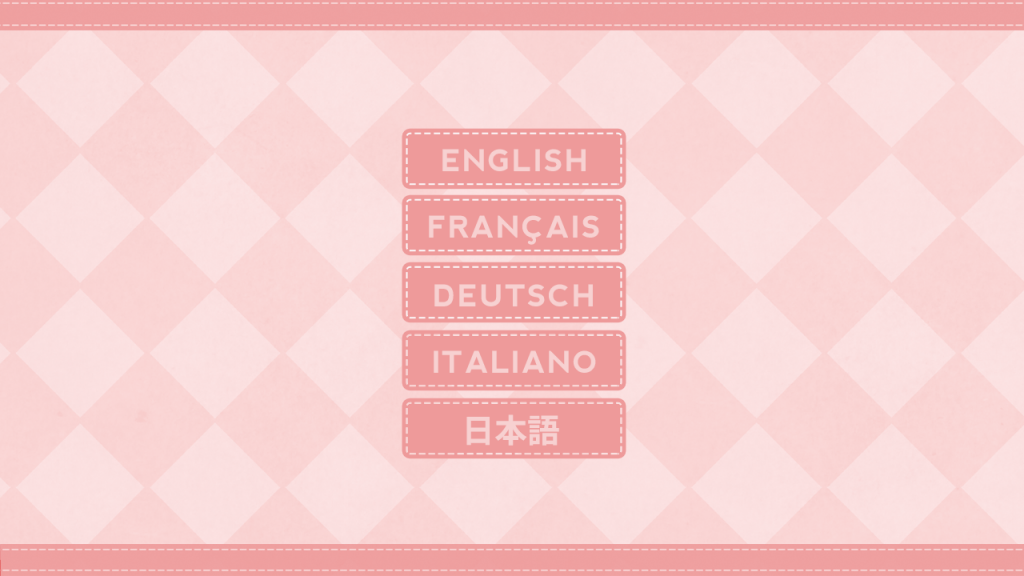 There’s no run off until it runs out

One could believe the story ends there, but no, not yet! Given Ambre’s good reception, I realized I had no side content to offer to the fans who would want more. So I wanted to publish DLC and, once again, I had to learn since explanations on the subject are sparse. Thus, for the soundtrack, tracks were obviously finished, I got the composers’ authorization rather quickly, and made visuals in a few hours. And yet, it took me another month to understand what to do! I unfortunately noticed that very few visual novel devs offer OST, even less for free. I also noticed that there are fewer verifications on DLC compared to the main game, which lead to a rather chaotic launch as it wasn’t completely planned, and a difficult night as a consequence.

The good news: the following DLC went off without a hitch since I already knew what to do. In return, it took me about a month anyway because creating new content takes time. I made a bonus booklet to come back to the visual novel’s creation, its story and the themes covered, all with illustrations. I hesitated a lot when publishing that booklet because it’s mostly composed of a huge wall of text, which isn’t super appealing. And yet it was the most fitting format! I tried to be as exhaustive as possible so that readers would get all the information they could wish for, so I’m satisfied about that part. In any case, it’s a first for me because I’m not used to writing this kind of bonus, even more so a paid DLC. The big issue is that the booklet got released way too late after the game’s launch, when there were more players that could be interested. Same when I made a reminder about physical goodies. It was pretty stupid from me, especially as I had thought about it for months but somehow completely forgot about it until the release. That’s a lesson I’ve learned. 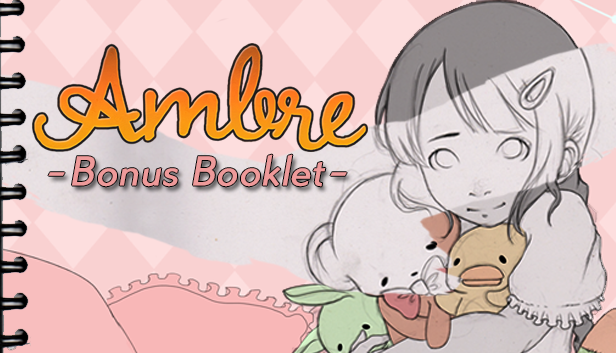 As you can see, discovering Steam’s machinery wasn’t exactly a walk in the park but I’m glad I did it with Ambre. I regularly see new devs get mixed up with the verification’s system and I’d rather make mistakes now. With a bit of luck, I’ll get the hand of it with the next short projects. In the meantime, Ambre’s Steam Edition is available for free, just as its soundtrack, and I invite you to try it out if you missed it at the time! And for those who would like to know more about the story, the bonus booklet is now here to answer all of your questions. I even added a small chapter that gives exclusive insight into the possible sequel. Yes, I’m seriously considering it~ Next time, we will likely talk about Chronotopia.