A new version of Ambre on Greenlight

To begin with, we were able to do what we really wanted, namely a complete overhaul of Ambre. Thus, Melow drew new assets to replace those from 2013, I called in potouto to make a brand new GUI and I’ve modernized the presentation a bit by adding things such as camera zooms and blinking animations on the sprites (you can have an overview in this video BTW). 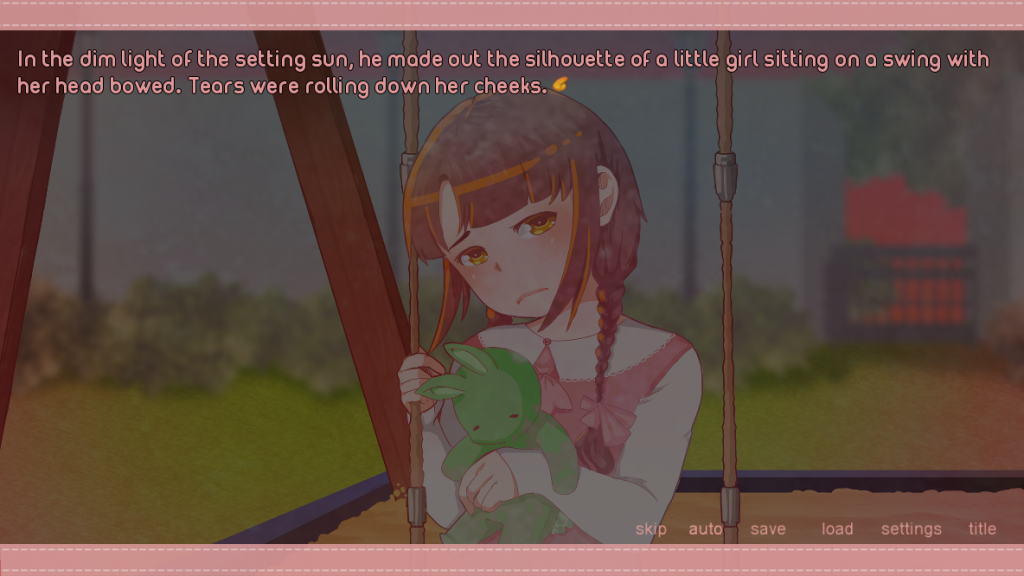 The new presentation is rather classy, don’t you think?

We’ve also got the chance of being offered a Japanese translation by Kudo Masahiro who had worked on Being Beauteous in the past. Let’s say we’re very proud of this new version which, I hope, will bring back good memories to old readers and maybe will delight new ones as well.

Ambre is currently on Greenlight, we’re counting on you to vote and allow us to publish the remake for free on Steam!

In the meantime, things are moving forward with Chronotopia. In three months, we made lots of progress with the B1 route. Not only is the writing finished, but I’ve been able to do about 45% of the scripting and Meles is already about 12% in his first draft of the translation. Art-wise, PyriteKite has finished all the backgrounds whereas Anako has completed 75% of the sprites but didn’t touch the CGs yet. 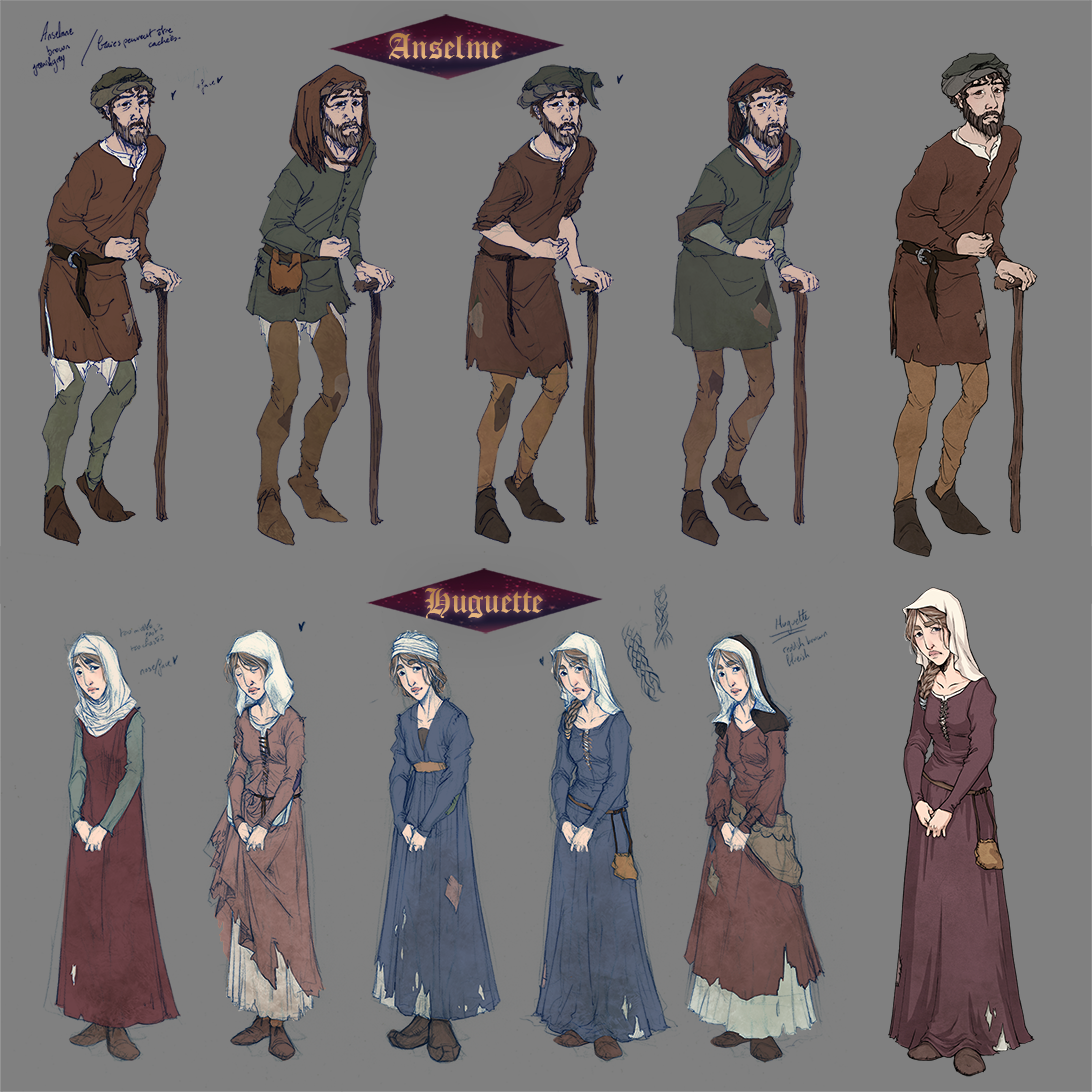 Anselme and Huguettes, Fleur’s parents (on the left the WIP, on the right the finished version)

Unfortunately, even if the development is going pretty well, we’re still too slow to meet the deadline we had given on an indicative basis during the Kickstarter (which was may 2017). I think B1 and B2 will be both finished by then but the other routes will unavoidably take more time. So I’m now aiming for the end of the year for Chronotopia‘s release. Maybe september? It’s rather hard to estimate since there are still so many things to do! 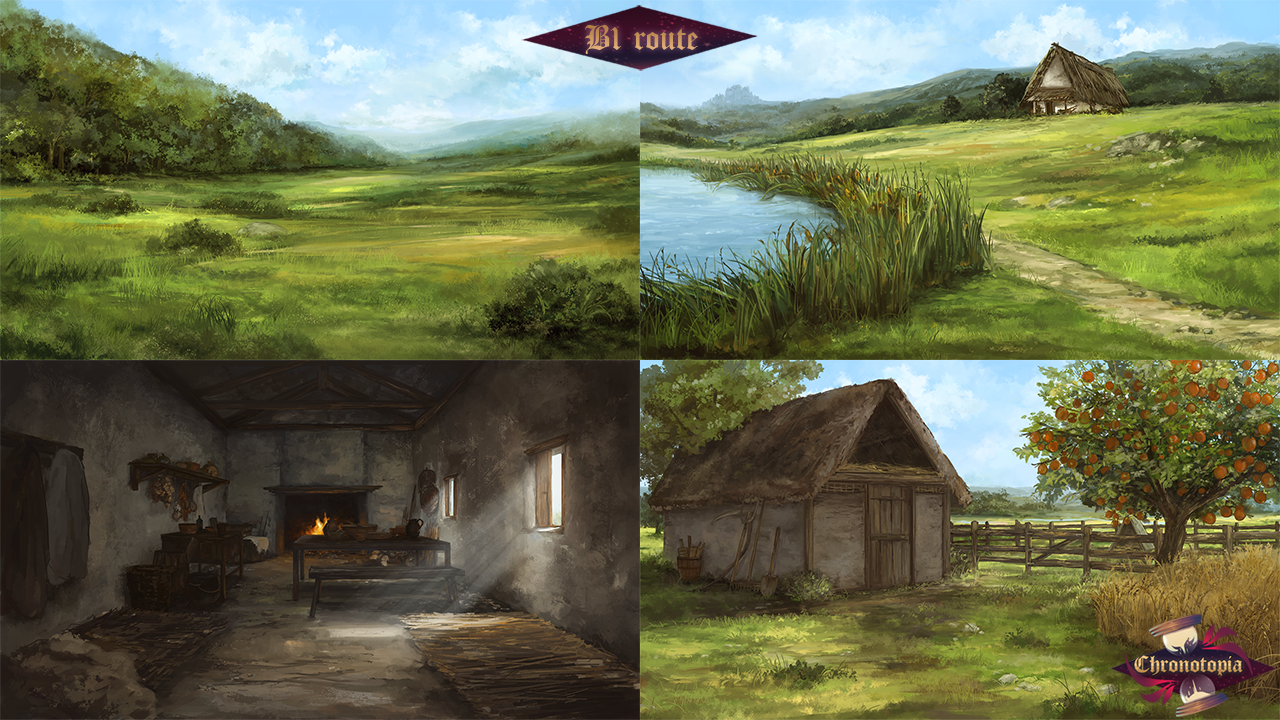 Some of the B1 route backgrounds

In any case, thank you for your patience, we’re hoping to be able to show you more soon =).