We have been rather silent those last few weeks, especially because we were busy with making the big giveaway. Incidentally, I want to thank all the entrants while I’m at it! 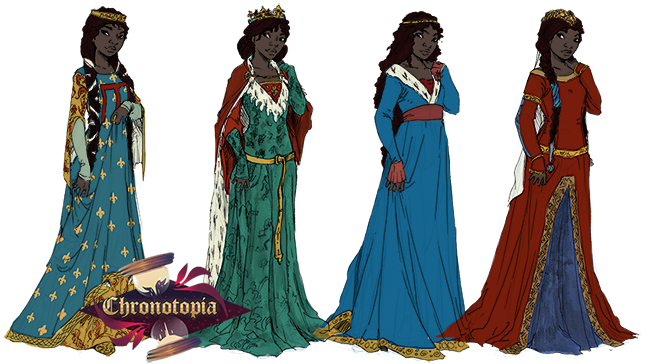 Some clothes designs for the princess (@Anako)

The other reason is that there isn’t much to say about Chronotopia’s production in itself.We’re progressing. Too slowly to our taste, but we’re progressing. Apart from showing some WIP from time to time, it’s difficult to be more relevant. Even though, I will try to briefly review the state of completion of the demo!

In short, the path is long before the Kickstarter campaign. We’d like to be faster and show you more things but it’s difficult. We console ourselves in thinking we’re getting closer and closer!

Speaking of the campaign, here’s the type of presentation I was thinking of using to show the story and the characters. 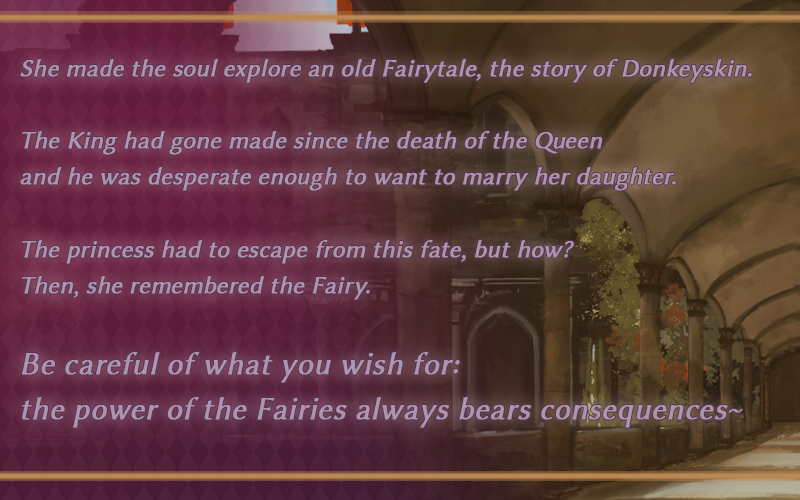 What do you think? Is it easy to read? And, more importantly, does that make you want to play the game :p?

In the meantime, there are both good and bad news. The Android version of Garden of Oblivion is still unavailable as long as we will not have found how to fix that nasty bug preventing the app from opening. However Laniessa is back from her trip and is already resuming her work on Milk’s remake.

In any case, you can see more on Patreon since I post sneak peeks there about twice a week~