I’ve mentioned it several times, including in my 2015 report, and it’s actually been a while since the Träumendes Mädchen team intended to open an online store. The reason is simple: we printed many goodies upon Japan Expo and we won’t be able to go there again this year. So it would be a shame to throw away what we didn’t sell when some of you who couldn’t get around may be interested. Hence this little experimentation. 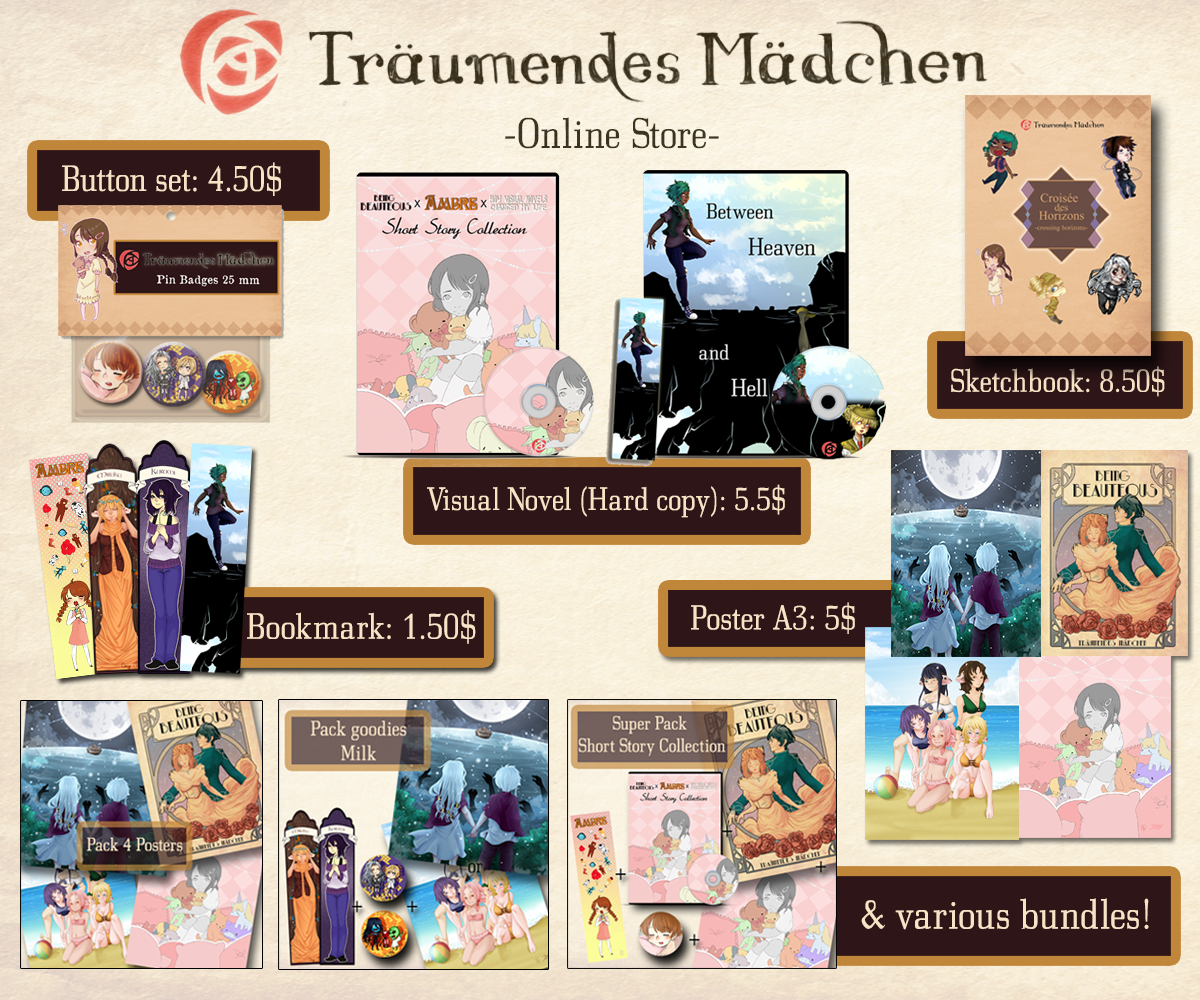 To begin with, I’ve decided to use Storenvy because I don’t want to spend too much time, money and energy in what should stay a secondary activity. Their system seems reliable enough but they only accept prices in dollars. So, my apologies to our European customers but we’ll have to convert euros to dollars. I’ve also increased the products’ prices for several reasons: one, so that the dollar-euro conversion doesn’t penalize me, and two, because shipping products in itself is obviously more expensive than just giving them hands to hands at a convention.

I’ve incidentally tried my best to find the most accurate shipping fees but it’s sadly impossible to me to anticipate every situation and my calculation is bound to be imperfect. If the shipping fees total seems unfair to you, don’t hesitate to send me a mail on the team’s address so that we can talk about it.

Wounded by Words -Extended Version- (with its interactive menu) is the major addition of the compilation!

As for the products themselves, they’re more or less the same we sold at Japan Expo 2015, except for the Between Heaven and Hell compilations that is now available in English and includes enhancements and additional content compared to the web version! Some typos have been fixed, there’s extra polish on Garden of Oblivion, interactive title screens and, more importantly, after stories for each route and an unlockable epilogue for Wounded by Words.

There’s also special offers in the form of “packs”. It’s simple: if you order several goodies on a theme (Short Story Compilation or Milk~La legend des étoiles, for example), the whole of items will be cheaper. Like that, it’s more attractive for all of you! 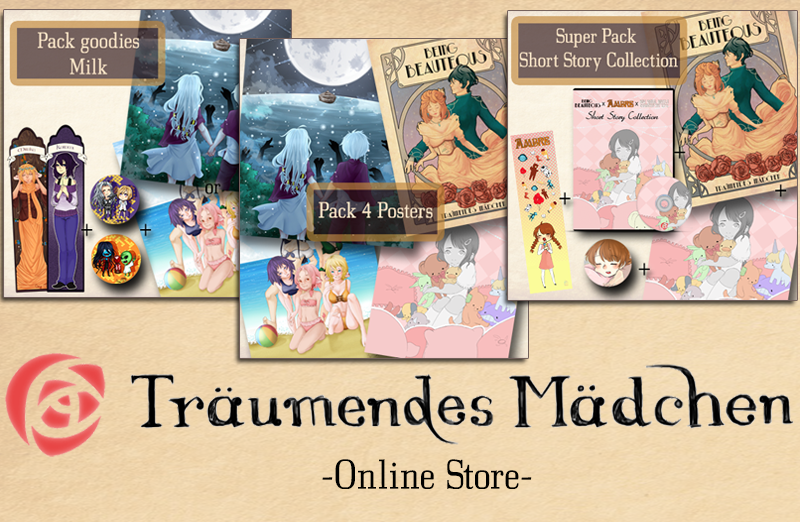 Overview of the various “packs” of special offers

There you go, I think it’s all for now. If you have questions, don’t hesitate to share them in the comments. The store officially opens its doors today so do spread the news for those who couldn’t get the goodies before. I take that opportunity to remind you that most items are in limited amount so they’re likely to get sold quickly: if you want to be sure to get what you want, you’ll have to hurry ;).