Since June is coming by, now is a good time to talk about Japan Expo. If you don’t know, it’s the biggest French convention and we’ll be attending this year again. So here’s the list of the new products we’ll be selling. 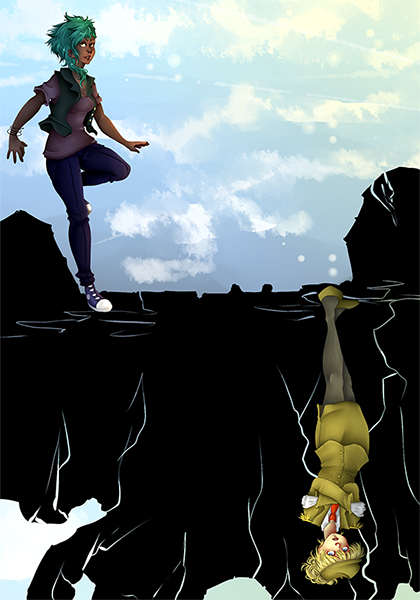 In addition to last year compilation (which includes Being Beauteous, Ambre and HVNCML), we’re working on a new compilation that will contain:

We’re currently translating that content to French, hoping that we’ll be finished on time. 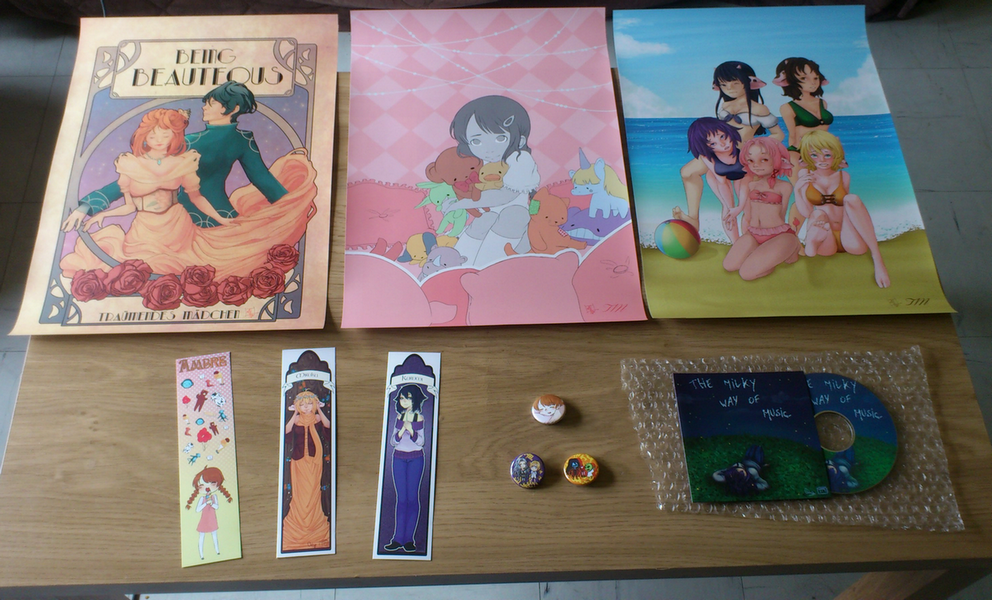 The goodies from last year are back!

We did a little survey at the beginning of the year and the goodies that had the most success were the bookmark and the poster. So I think I’ll make a new bookmark inspired by the new compilation cover. As for the poster, it’s a little more complicated: I wanted to use the Styx CG from Milk Episode 4 but the size of the required file is really big. We’ll only be able to know if we can do that after some tests. We’ll keep you up to date. It should also be noted that Roganis won’t make a new music album this year but his last one, The Milky Way of Music, will still be available, as well as last year goodies!

The case of the artbook 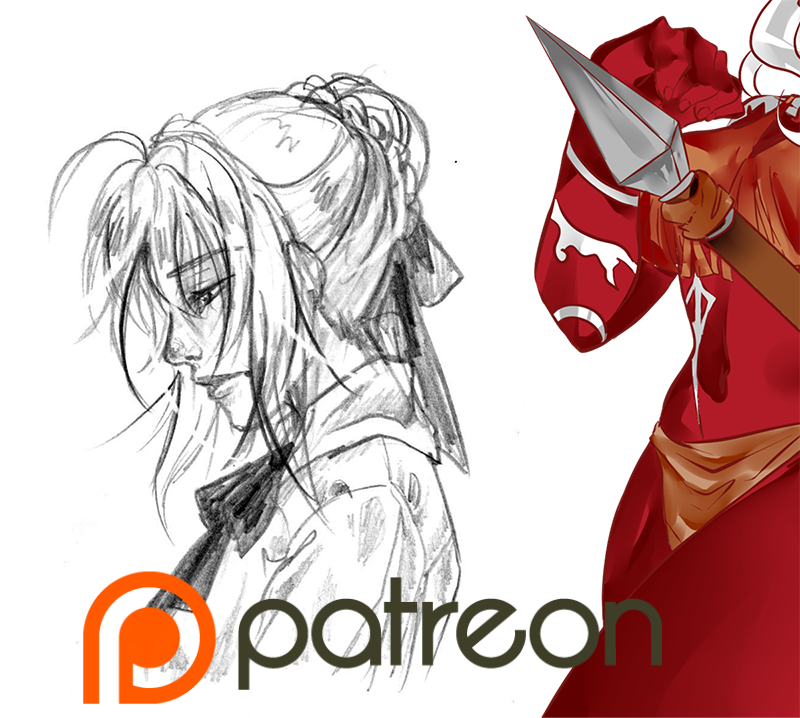 Only preview available for now…but this is gonna change pretty soon!

Our biggest challenge for Japan Expo is the artbook aout visual novel we want to make, our first one at that! The conception phase wasn’t easy but we’re slowly seeing the end of the tunnel. We need to make the cover as well as four pages…out of the 40 or so planned (A5 format). In order to make you drool a bit, we’re going to post previews of each artist’s work along the week. 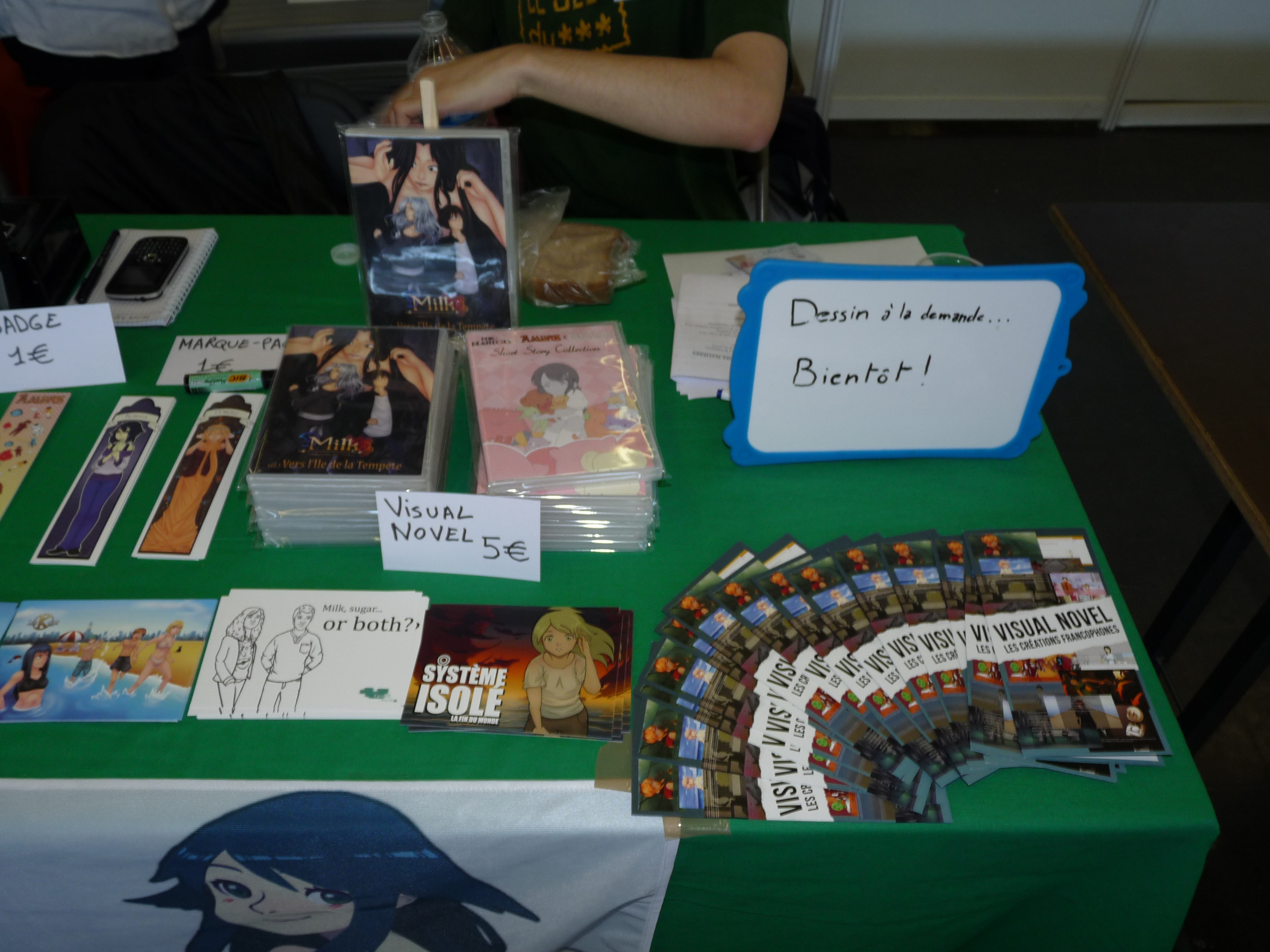 A part of last year booth

Since 2014 was our first time in a convention, we obviously learned a lot since then, that why we’ll have a bigger booth this time (that we’ll share with the same lovely dev as last time) and we’ll try to make effort on the decoration. We’ll also make a lottery : for each purchase on our booth (amount to be specified later), you’ll be able to try your luck at the lottery and win a prize. And you can only win something! 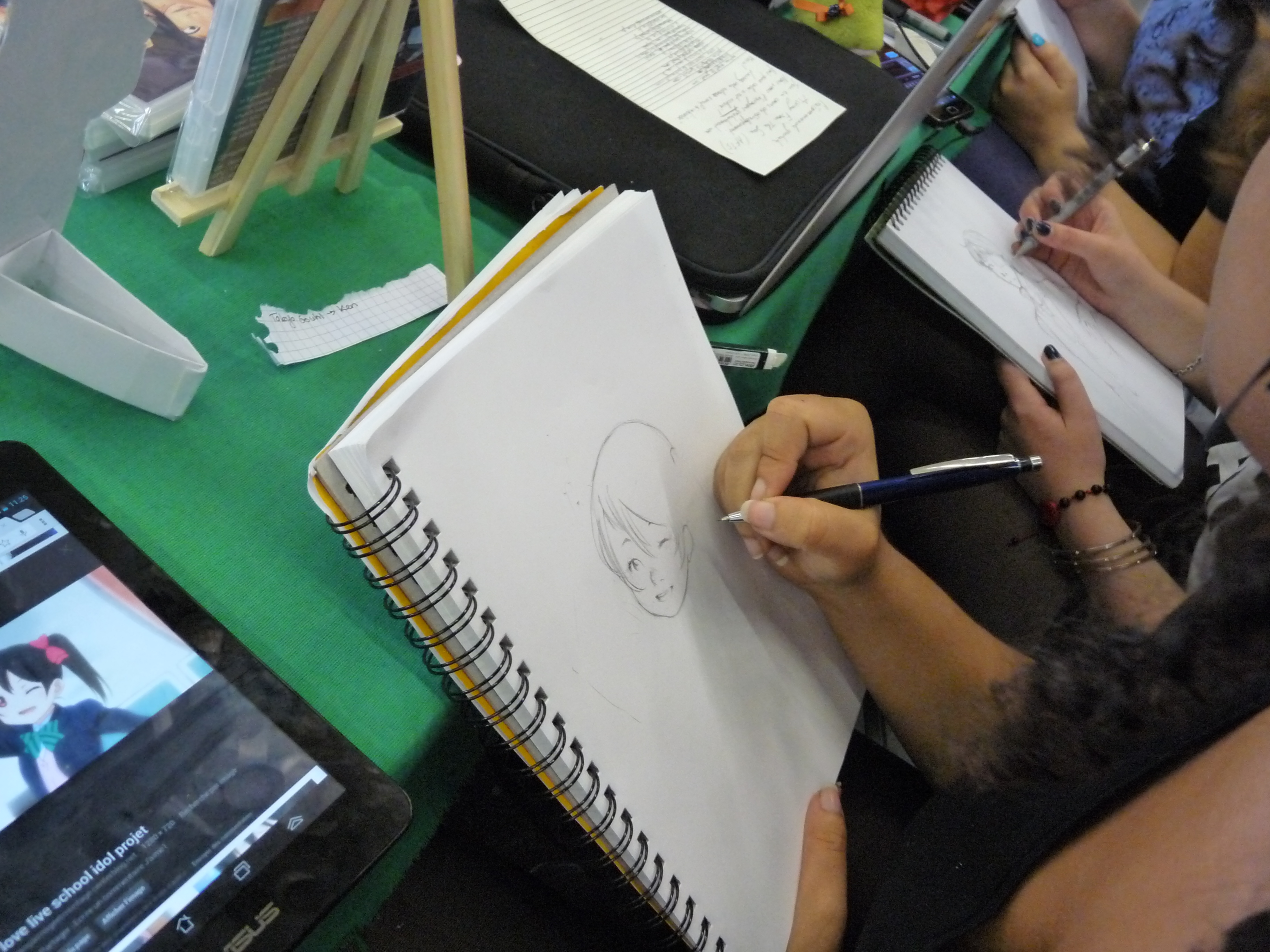 You might think that it doesn’t concer you, right? But this time, we’ll try a pre-order system. Even if you don’t live in France, you can book/buy a product and we’ll put it aside to ship it later. Since some items will be limited, they might get sold out very quickly though, so don’t wait after the convention to see if there is still some left! We’ll be opening preorders pretty soon, in a few days actually (with full informations), so keep your eyes open and follow us on social network to be the first one served!

I hope you’re impatient, because we sure are ;).

P.S : Should be noted that people following my Patreon will be able to book a little earlier than the others (and already get some artbook previews). That’s how it is XD.