I hesitated for a long time about talking about it publicly because the game industry as a whole has some issues with transparency. I could see that in operation in the small visual novel community when Auro Cyanide talked about her exhaustion with Break Chance Memento in 2015. Many known or lesser known creators came to offer her support but, when the VN finally came out later that same year, some commentators used her honesty as a weapon by claiming that if the artist wasn’t satified with her own work, the game must inevitably suck. De facto, it’s hard to calmly talk about the difficulties encountered on a project without some people interpreting that as a sign of weakness or the indeniable proof that said project is screwed. So that kind of talk is usually kept for a post-mortem way after the game’s release if not completely silenced. I don’t find that very healthy: by then some other creator may have already decided to follow a similar path and I would like to keep them from doing that. 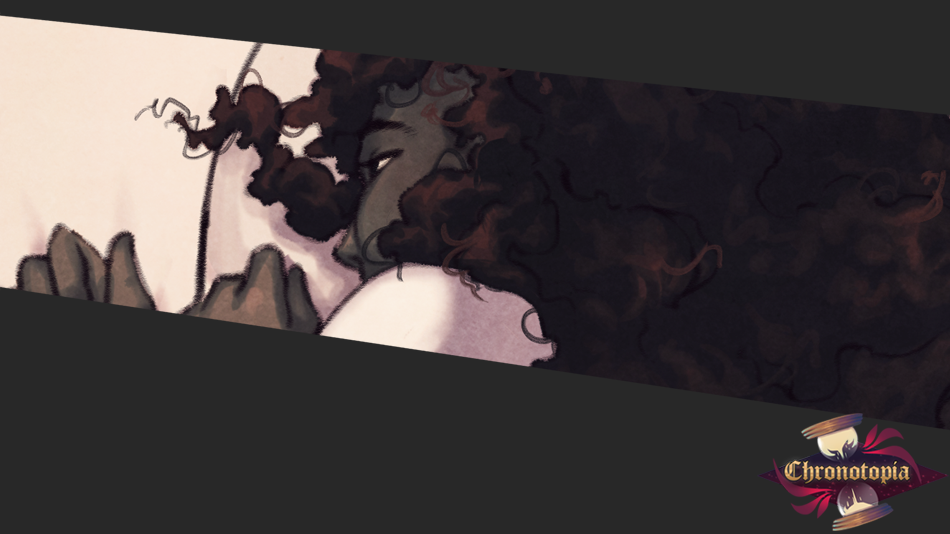 A perfect illustration of my state those last few months

I won’t lie: 2017 has been a total nightmare for me, largely because of Chronotopia. I have had the opportunity to mull over a lot during the 2016 Kickstarter campaign, to wonder if the game would ever manage to find its audience, if there was a future. I even sincerely though that I was mistaken about the project’s potential. So, when we managed to reach our goal at the very last moment, I saw that as a second chance and, full of hope, I was determined to do my best to thank all the people who had trusted us.

But rather quickly, it appeared that the art was taking way too much time compared to what I had planned. However much I tried, shaking up the concerned artists, refining our organization, reducing the number of assets to the strict minimum, each asset took an eternity to the extent that 8 months later, we had only produced 5 sprites and 5 CGs. As I still had to write the rest of the story, this obviously greatly impacted my morale: How could I find motivation when I was under the impression that it wouldn’t matter? That the game would never come out at this pace? I got to a point where I was dreading to work on Chronotopia, where I almost found it better to focus on outsourcing. It’s at that point that I understood how bad the situation was: I became a visual novel developer because of passion, because I love writing stories. My projects all have a special place in my heart and if I put my blood and tears in them, it’s precisely because it matters a lot to me. The mere fact that I had to force myself was a huge red flag. 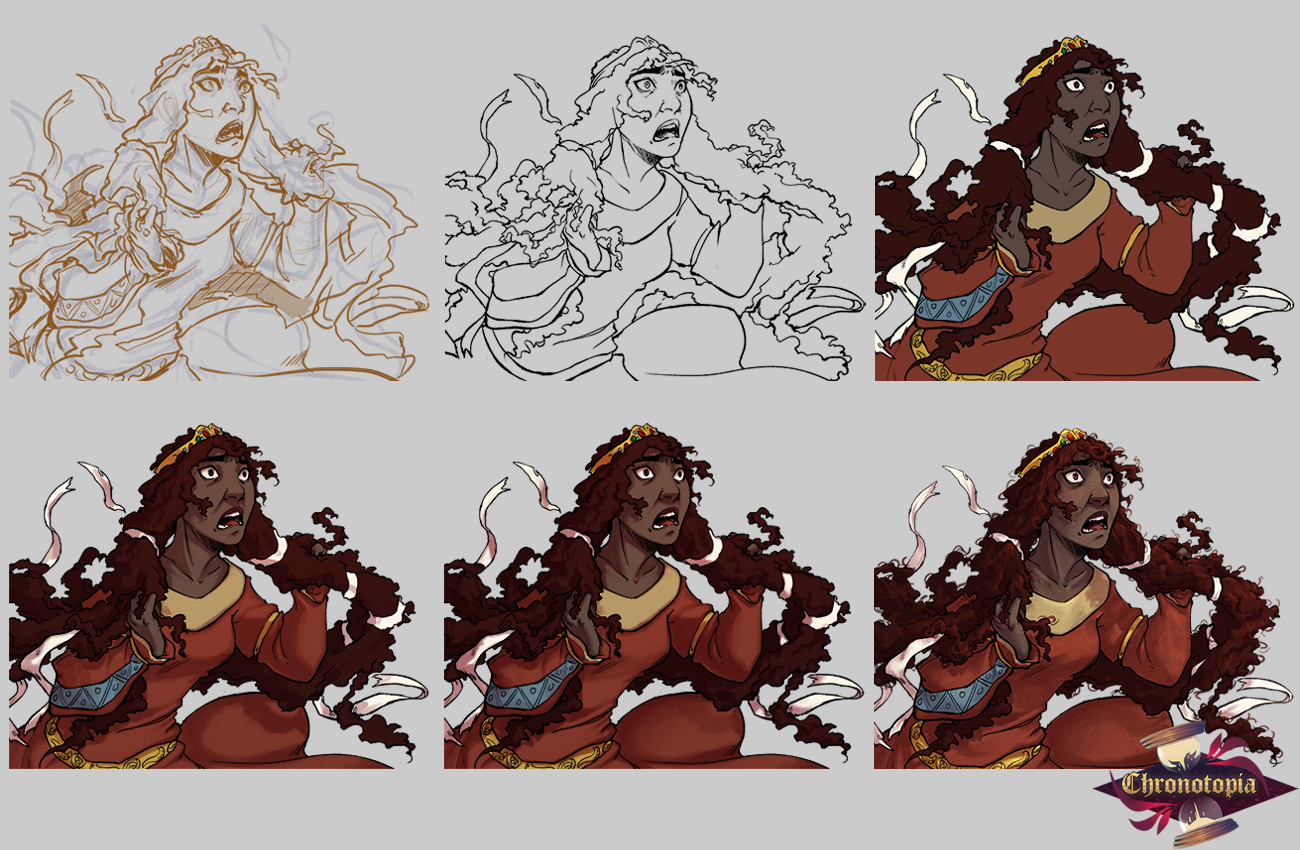 Because I felt powerless and depressed, because I spent all my time making a game that wouldn’t move an inch, I came to resent my teammates. I was mad at them for ruining everything, for not keeping their promises, but above all I was mad at their apparent disregard. I resented them for watching me sink with a smile like it didn’t matter. I had to take it on myself to stay tactful, to not show how much it was driving me nuts. I really want to stay professional and the situation won’t solve itself just by yelling at them anyway. But the bitterness kept rising to an unhealthy level and I had no way to relieve it. Since I work almost H24, I had to occasionally take some time off to avoid burnout. All those slow weeks I was mentionning in my Patreon reports, I didn’t want to admit it, but it was necessary. I knew that if I were to force myself just a little bit more, I wouldn’t be able to work on Chronotopia ever again.

The more I was looking at other Kickstarter campaigns from visual novel developers, the more anxious I was. I discovered that a lot of them were struggling and regularly ended up disappearing entirely, to the displeasure of everyone involved. I asked myself if I too would end up betraying the people who supported me and that mere idea was making me sick. For their sake, I couldn’t allow myself to fail. So I didn’t know how to talk about the project publicly anymore: Should I pretend to be optimist and make people believe everything was perfectly alright when I knew it was a lie? Should I be brutally honest, pessimistic even, and take the risk of creating a wave of panic? If a ship’s captain loses their cool, then the whole crew descends into chaos and I can’t decently allow myself to lose my crew when I need them the most. So I tried to be as neutral as possible but on the inside I was expecting angry people to show up at any moment. 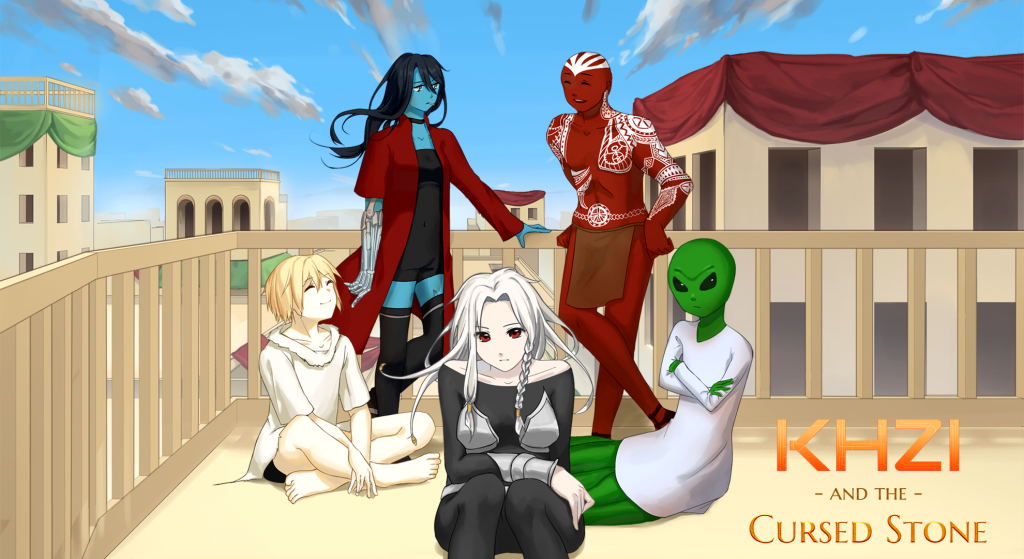 In such a climate, I can’t pretend 2017 has been a good year. Not only had I to hold development on Khzi and the Cursed Stone to focus all my efforts on Chronotopia but Chronotopia is not even 50% done one year later on top of that. That’s probably what kills me the most: after two years of hard work, I don’t even have one half of a VN and sales will never manage to fill such a gap. And that’s why I strongly advise against making your first visual novel into a Kickstarter: even if you believe it, you’re never truly ready.

If I didn’t have other projects in parallel, I believe I would never have held on for so long. So I’m very happy to have been able to make a new version of Ambre and publish it on Steam. I was moved by the little success we encountered and writing the bonus booklet was a new interesting experience to me.

And, of course, I’m grateful to Lupiesoft with whom I collaborated a lot this year! In particular, I’ve done all of the coding for the visual novel Mutiny!! (and its bonus routes) which was released on Nutaku (18+), Steam and Mangagamer (18+). I’m not really into the fetishes portrayed in the game but it was a neat experience nonetheless and it allowed me to change my work environment. I also gave a hand with the new demo for The Stargazers (the campaign unfortunately had to be cancelled) and with the voice acting DLC for The Reject Demon: Toko. Even if there have necessarily been issues each time (like with every project), publishing finished works makes everything seem worth it.

The situation is not entirely hopeless: I’ve decided to hire Adirosa as an assistant at the end of the year. It wasn’t easy to find an appropriate organization but she and Anako make a good duo and her help really allowed us to make some steps in the right direction. I also believe that her integration in the team pushes us to communicate better, which is essential if we want to maintain ourselves over time! In any case, I hope this new work sharing will help us to take back control. That’s why I don’t want to promise the moon and would rather focus on the company’s survival. We’ve fallen so astronomically behind that I’m going to need to give all I have so that Chronotopia can finally come out in 2018. By then, you can kill time with Garden of Oblivion and Wounded by Words that will both be released on Steam in the following months! And for those who would rather get adult content, I will certainly get the chance to work on the new adventures planned for Mutiny!! as DLC. 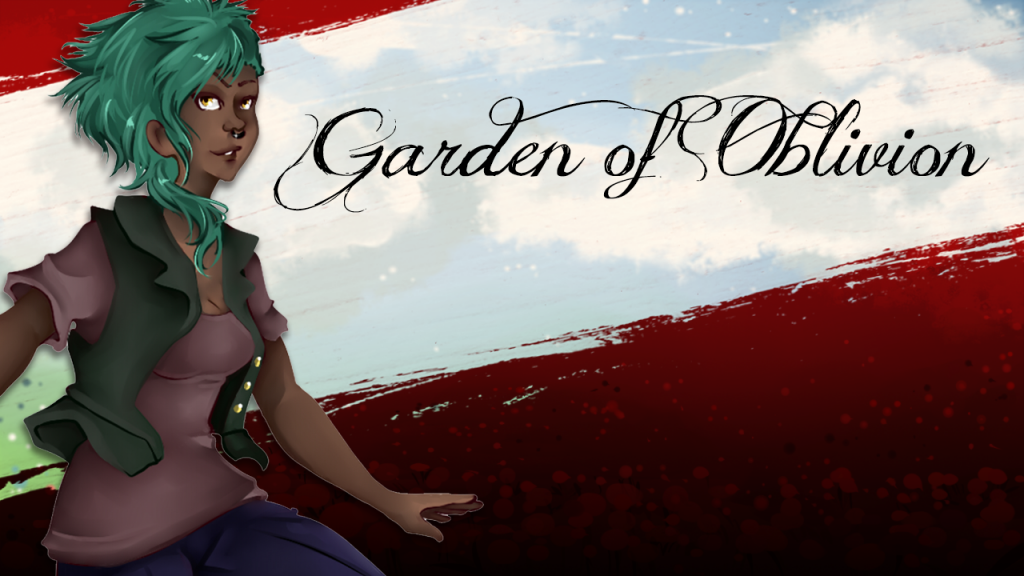 In any case, I still have a lot of ideas and I’m dying to make some of them reality. See you in 2018 for Chronotopia’s release, I hope, and the beginning of a new era for Träumendes Mädchen.