Yes, the team is still alive. Here is the proof with some news! 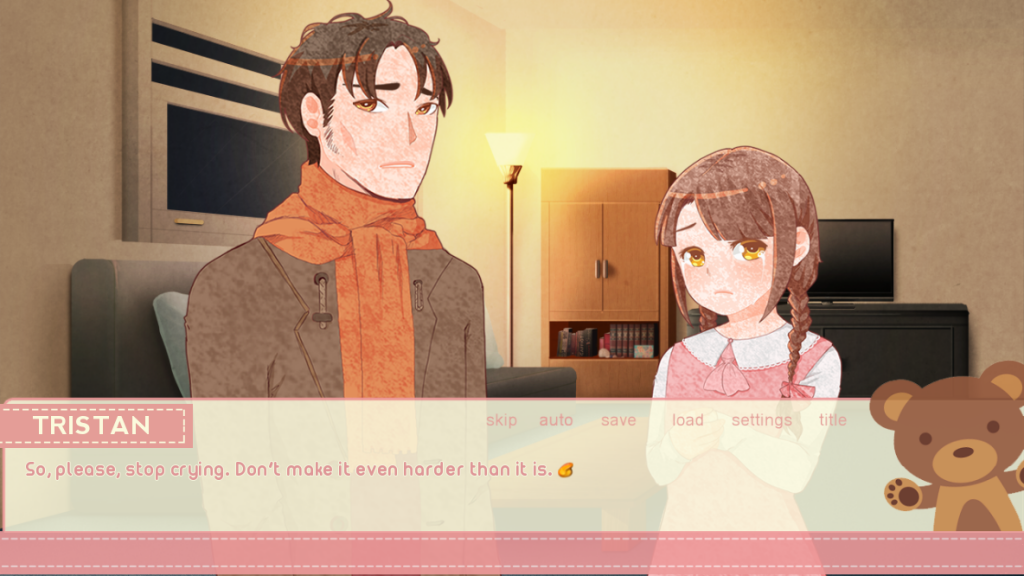 Don’t be too sad, Ambre: the game will definitely come out!

Ambre got greenlit and everything is ready for the Steam release (including achievements). Unfortunately, Valve is taking a long time to approve it so the game has been pending for some weeks now. I admit that I thought I could announce the release date shortly after the previous article and that the absence of activity on the devblog is partly due to this unexpected delay (and partly because I’m swamped with work :p). At least, the store page is up but you’ll have to wait a little more! 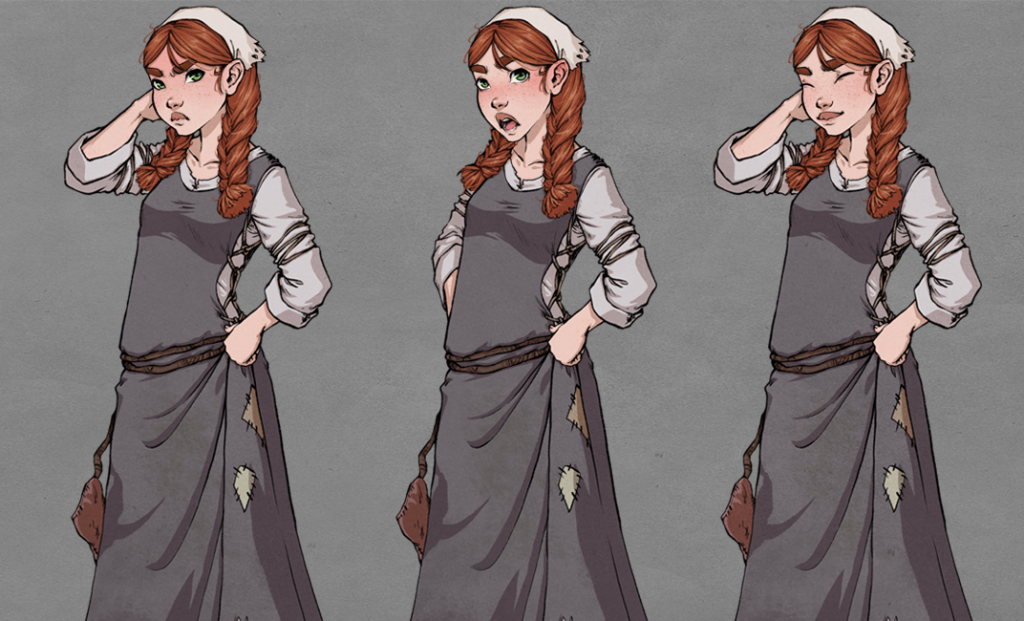 Regarding Chronotopia, the B1 route I mentionned last time is almost finished: we’re only missing one CG and a piece of the translation. So we’re going to focus on the next one, which is already well under way. Incidentally, it’s a good time to talk about it. 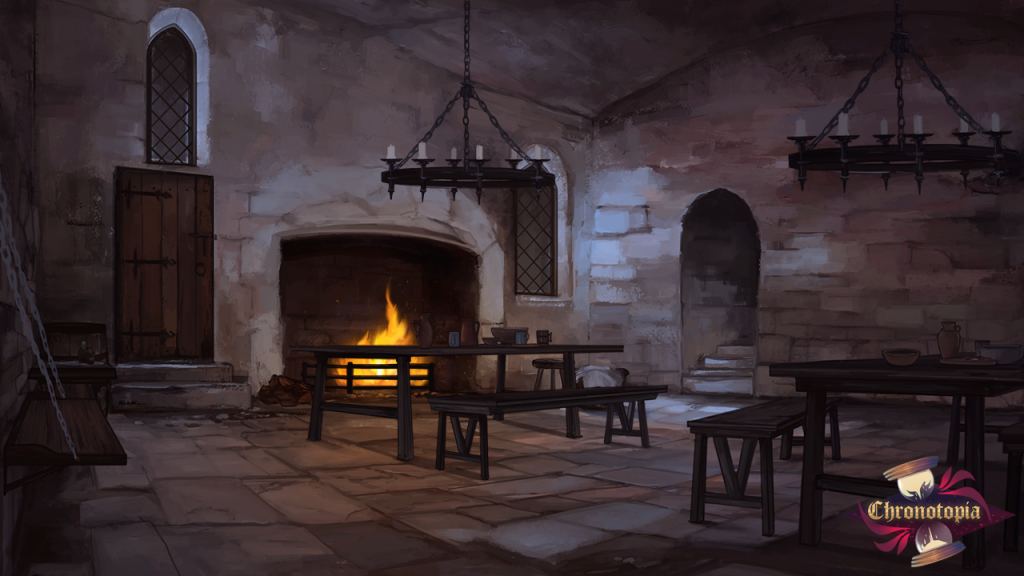 The common room where all the castle’s servants gather

Since my goal is to to make each route feel unique and have Kionna experiment all kinds of things in her journey, B2 uses a completely different tactic. This time, instead of cutting herself off in the countryside, the princess decides to go directly to the castle of the prince she yearns after in order to approach him. However, as she still has to hide from her father’s men, she keeps a low profile and is hired by Berthe, the head chef, who takes her under her wing. As a retainer, Kionna will be able to choose between different types of chores and use her free time as she sees fit. But her secret objective is still to meet the prince. 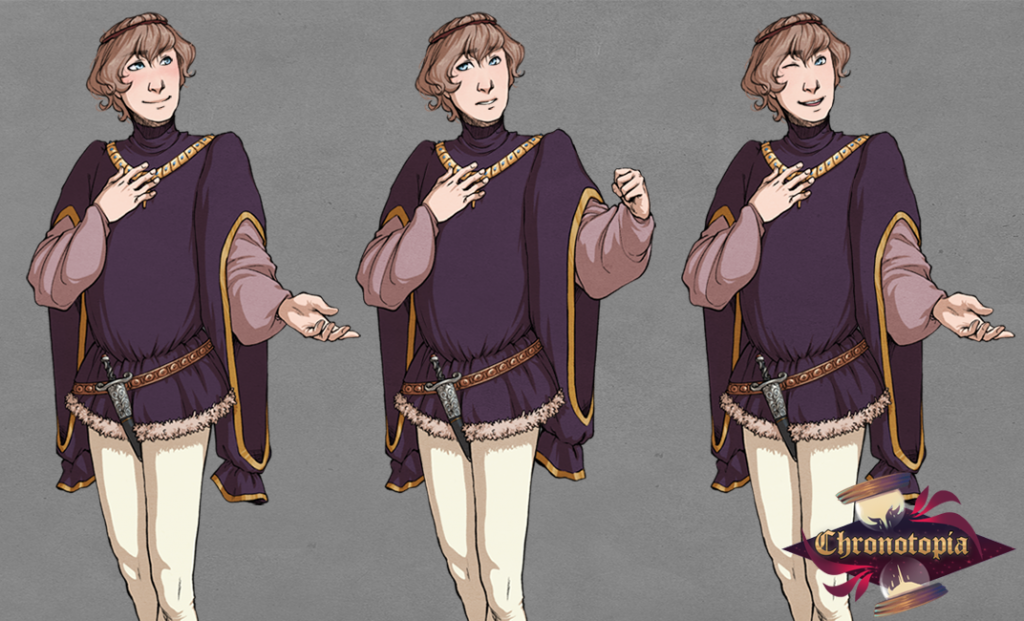 Enter Griselde, our first candidate. Yes, even if she won’t be able to romance all of them, Donkeyskin will encounter several princes during her journey. Griselde appears both in the B1 and the B2 routes and he’s a rather handsome man. Elegant and refined at that. He’s especially good at horse riding, hunting and training animals. But he also knows how to declaim poetry just as well as he knows how to woo the ladies around him. In short, he seems like prince charming incarnate! But is he reall that perfect? You’ll have to wait until Chronotopia’s release to figure that out~

WIP of one of the illustrations

And since I tend to be quite talkative, the B2 route is already bigger than B1 in terms of wordcount: 28 132 words. Needless to say we have still a long way to go! But I think it’ll be worth it. And with a bit of luck, the next two routes will be smaller 8).