Those of you who follow Träumendes Mädchen since the beginning might know it already but when the team launched for the very first time, I made a lot of mistakes: My story was excessively long (500 000 words), not very adapted to the visual novel format (too many assets necessary) and my weaknesses as a scenarist were far too obvious (my love for frame stories, improbable mix and especially my inability to write a simple and effective introduction).

Nevertheless, I did not want to abandon a project important to me, hence the improvised episodic division that allowed us to continue the adventure despite the numerous hardships. Even so, it quickly became obvious I had to implement a profound change to the outdated scenario I wrote way too long ago (2010-2011!). The harmonization of assets was already initiated with the announcement of the remake and I was seeking to edit the text in parallel. I just didn’t know how to do it. 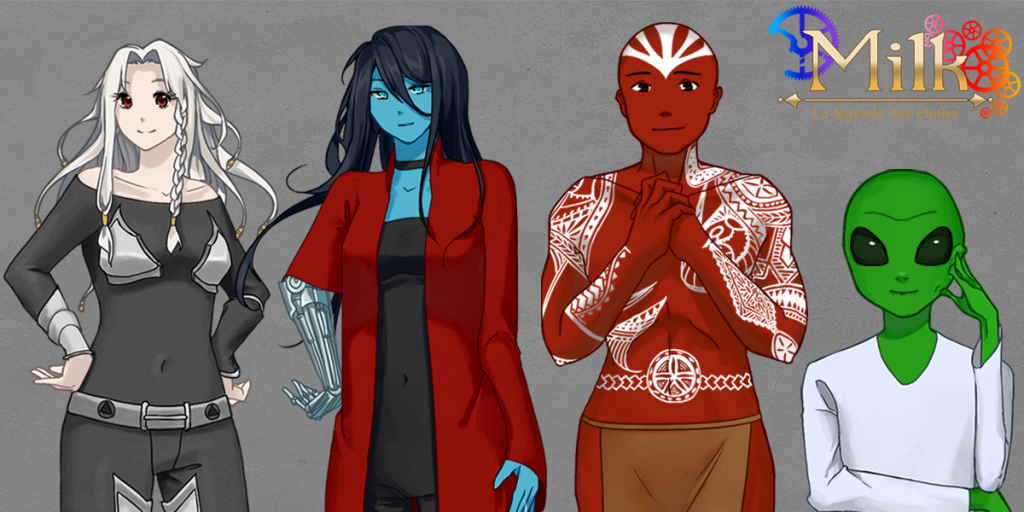 Then I finally had an illumination a few weeks ago by finally putting my finger on how I could fix the current mess: I’m going to split Khzi’s adventures on a separate game. She will still appear in “Milk” since she has an important role to play, but without taking all the place (what was originally intended). This method should allow me to avoid making a narrative gloubi-boulga, to develop the cows-girls and to clear out the beginning in order to rewrite it. So I’m announcing that I will now focus, not on Milk strictly speaking for now, but on this new game that will be called “Khzi and the Cursed Stone”. New name oblige, we’re going to need a new logo as soon as possible (and possibly a new GUI) but it’s so worth it!

211X, around 30 year after the sudden decline of Earth, technological progress allowed mankind to spread across the universe to meet civilizations until then unknown. In that era of discoveries, the Guild of Intertemporal Travellers was created to regulate time and space travels.
Khzi is an albino mercenary working for this sprawling organization but she’s disliked by her superiors for her bad attitude. They decide to give her an especially difficult assignment in order to test her. The young woman has to bring them a sample of a dangerous meteorite while supervising mercenaries who are suspected of treason. And, of course, nothing is working out as planned…

If the sequence of events will be roughly the same as in the original, Khzi and the Cursed Stone will benefit from a completely rewritten story with different dialogues and a lot of extra scenes. It will also be possible to move around the boat and select some characters to unlock bonus scenes which will allow you to learn more about their past. Another big addition: there will now be choices that will determine the affinity between the mercenaries. 3 different pairings can be made: Khzi/Aluwo, Aluwo/Freyja and Khzi/Freyja. Presentation-wise, the reworking of the assets is still in progress with brand new sprites from Laniessa (including a new character), animated backgrounds from PyriteKite and plenty of new CGs. And don’t forget the return of the 3D camera tested on Chronotopia! 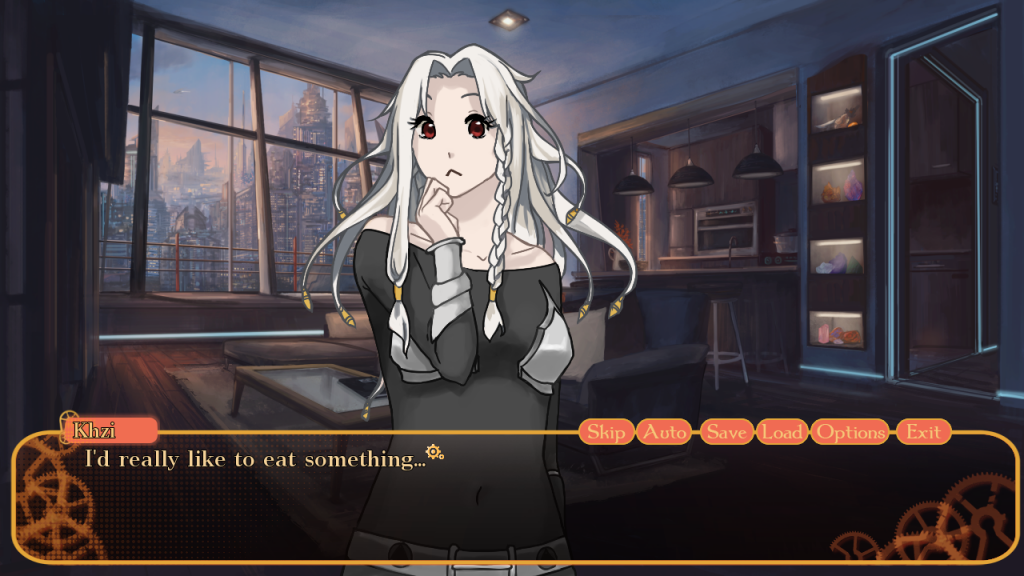 This new game should be sold at a low-price at the end of next year if everything goes well but, given the workload, I’d rather bet on sometime in 2018. Despite the fact she had to be absent part of the year, Laniessa still managed to finish almost all the sprites, which is a good news! The main part of the work will be the backgrounds and CGs because there’s a lot of them.

The fact remains that Chronotopia is still our top priority so Khzi and the Cursed Stone cannot be released before anyway. Besides I’m funding the project with my personal money for now, which is quite a big constraint in itself. Even if our progress have a random pace (depending on the free time of everyone), from now on I will try to show you more ;).