At first I did not plan to write about programming at all, but then it struck me during the Kickstarter campaign that it was actually a much needed talk so here goes!

Back when I was scripting Chronotopia‘s B2 route, I came across scenes where the usual visual novel packaging didn’t really fit anymore. Nothing abnormal per se but I felt it would be a shame not to use the beautiful backgrounds PyriteKite has made to their fullest. That’s when I got an idea: I started tweaking those scenes to make the shots look slightly more dynamic. Here are a few examples! 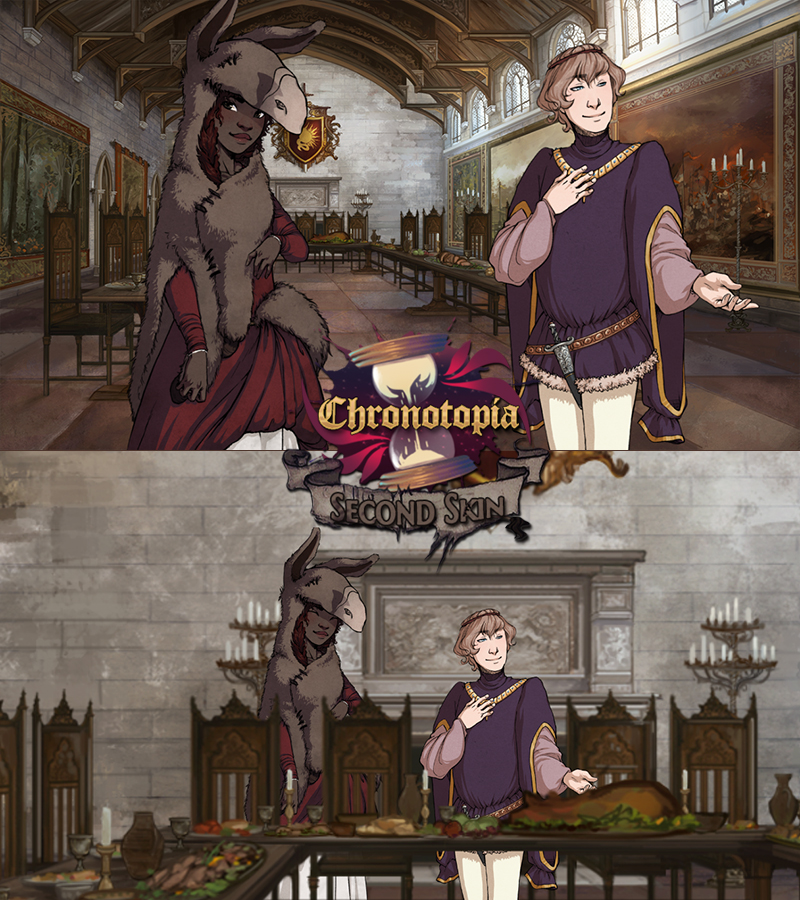 In this scene, Kionna, still pretending to be a retainer, is serving Griselde during a banquet. The 1st screenshot is the traditional visual novel presentation, the 2nd one is the dynamic one. As you can see, assets themselves are the same but thanks to the high resolution, I was able to make the characters appear smaller and position them in the specific part of the background I wanted. Add to that the various layers and you get a more faithful recomposition of what Griselde should be like when he’s eating lunch. Obviously, it works better with interiors. Same trick below with another scene: Kionna goes down the stairs and notice some of the servants are talking behind her back. Instead of having a single shot for the whole scene, we have three different ones. 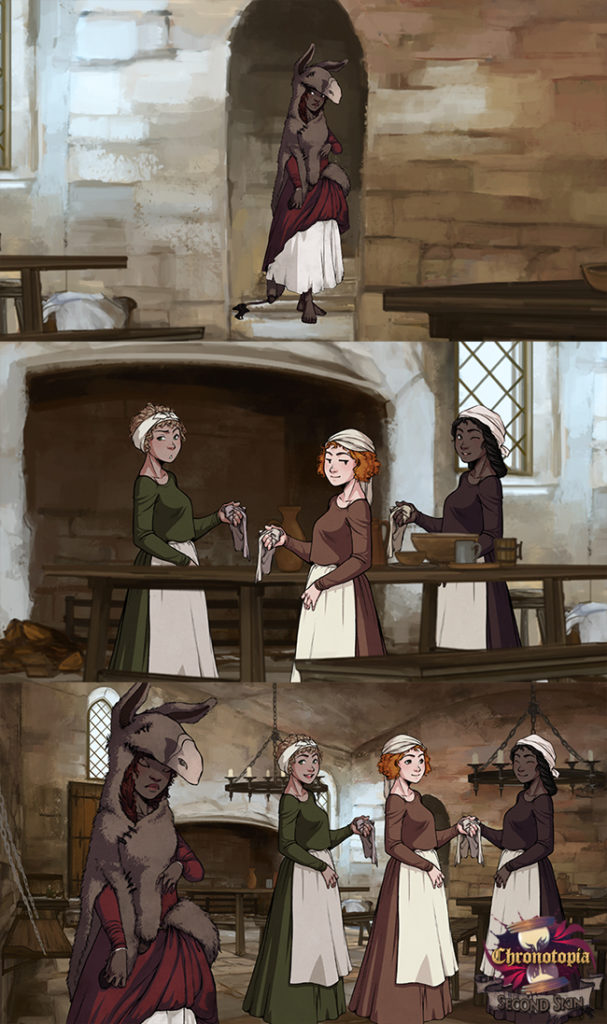 Kionna coming upon some servants’ gossip

Those dynamic shots are rather time-consuming (it takes me between one and two hours for each) and easy to fail because the sprites can’t be perfectly integrated into the background so I only use them sparingly, as a supplement of the traditional presentation. But even if we’re talking about little details, I believe that they do offer welcome variety and I’m rather proud of them! The dynamic shot even convey something that the usual one doesn’t, it creates meaning. It’s no wonder we couldn’t have done those shots without RenPy’s 3D camera plugin, which is a very useful tool~ 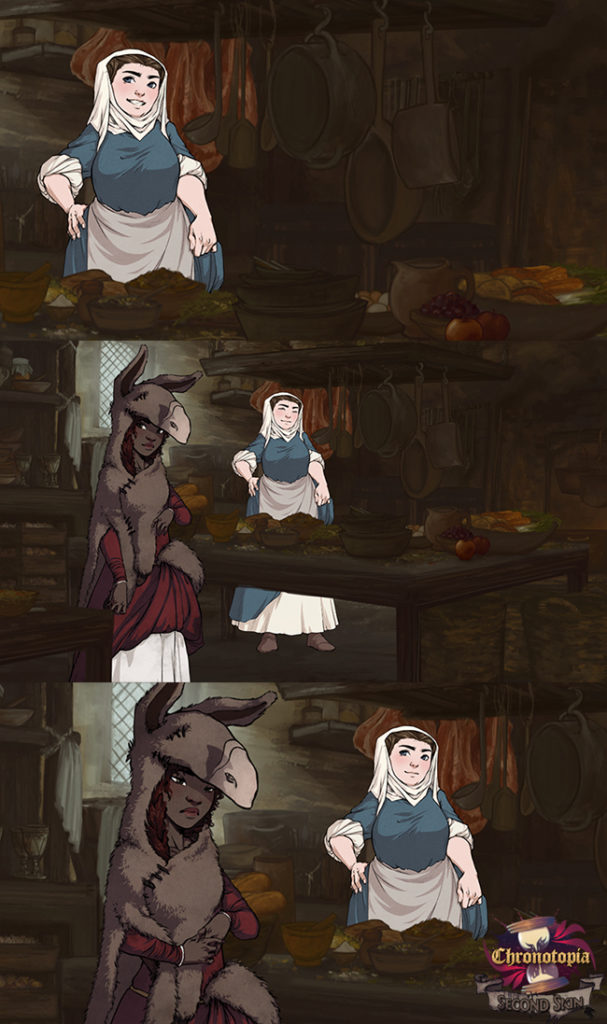 Berthe teaching Kionna all there is to know about cooking

In my opinion, the combination of dynamic shots with occasional zooms to focus on some of the backgrounds’ points of interests really helps getting immersed in Chronotopia by closely following the story. Something I wish was more common even if I understand why the extra work would be off-putting!

In any case, I hope you appreciate our effort to make the game look as good as possible~