2018, a year of many new developments

I won’t hide that this year looked a lot like an emotional roller coaster! The first few months were the logical extension of 2017: not only did we made progress on Chronotopia very slowly but on top of that the first financial issues related to that slow speed started to rear their head. My goal of simply surviving had never been so realist considering the atmosphere in the team was deteriorating more and more and my own mental state was pretty weakened. It’s quite simple, I was on the verge of ruin. I kept working, of course, but it was clear that I could not hold much longer, and neither would the company. And it’s precisely when I had hit rock bottom, that the situation was taking a disastrous turn (the game’s development stopping dead and almost no more money) that something unexpected happened. 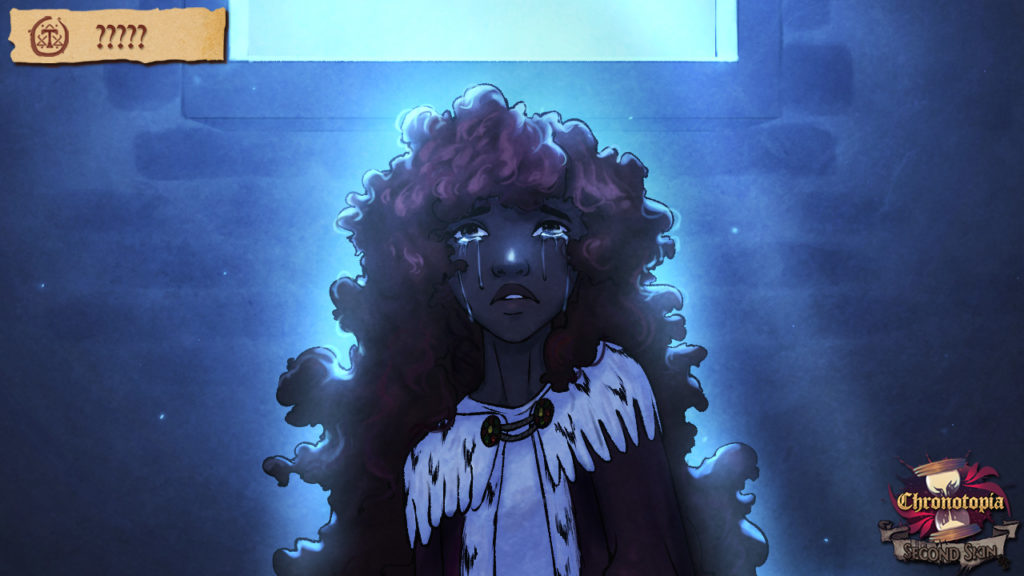 My state of mind at the beginning of the year

If you follow our Kickstarter updates, you must already know it but we had to change our main artist in May. This decision seemed like suicide at first glance, and I would have never imagined taking it only a few days before, but it turned out to be a life-saving one. Inevitably, Chronotopia fell behind yet again until Mae, our new artist, joined us and got used to our organization. But the change has been overall very positive as, overnight, the toxic and heavy atmosphere that had made any work unbearable has purely and solely vanished. It felt like I was breathing again. Of course, this doesn’t meant that the rest of the year has been a walk in the park for all that but I finally regained my motivation. I’m not dragging my feets anymore when it comes to taking care of my own projects and that’s just incredible because it’s so basic! 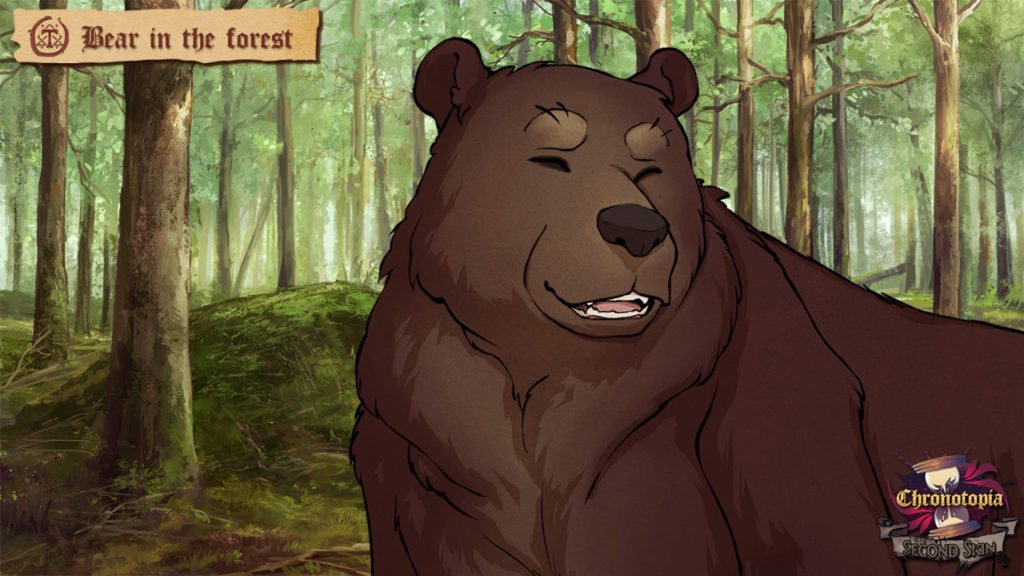 There’s nothing better than an adorable ball of fur to cheer you up!

The team was finally raring to go but bankrupcy was increasingly close, so I decided to stake it all and launch a new Kickstarter campaign in the hope of saving the project. It was once again a time full of learning opportunities since it’s been far easier than the first time for me, notably because I had prepared a great amount of updates in advances and because I had enough assets available to do something nice and clean. Even the fact that I had to focus on marketing non-stop for about a month was beneficial as it allowed to find what I loved in that project again and share it. Rekindling the flame was, I believe, more than necessary. The fact remains that you came forward once more and that thanks to that little extra campaign (and more importantly your support !), the project could start again on a sound basis. And for that I cannot thank you enough!

Paradoxically, after this Kickstarter I chose to limit my communication to the bare minimum and above all not yield as much to external pressures (personal and professional alike). Until now I had the tendency to feel guilty because I could not be very active in the community, publish a lot of articles on the devblog or reply to the messages I regularly receive. If I still appreciate all those little things, from now on I would rather spare myself and keep my energy to work on Chronotopia, even if it means not replying at all. It’s a bit silly but people need to establish their priorities and finishing this project is mine.

Our new promotional illustration for those of you who missed it~

The end of 2018 also marked the achievement of an important milestone for Chronotopia: the completion of the scenario’s writing. That simple act completely changed how I look at my own work. Since 2016, I did not understand why I was spending so much time writing yet never seemed to arrive at the end of the story and I had, stupidly, assumed that I was not writing fast enough. In truth I’ve written a fair number of words in 2017 just as in 2018, it’s just that the project itself is gigantic compared to my original estimations. From a medium 100-150k game, Chronotopia turned into a monster of 230k words and that changes everything. In short, let’s just say that we would have never been able to release the game this year even with the best will in the world…

Alternative version of the fairy kingdom

This revelation is double-edged: I admittedly regained some confidence in my work but I’m all the more depressed now that I finaly have a clear overview of what’s left to do (in other words too much). The mass of text is such that it inevitably impacts programming in turn, as well as translation editing which unfortunately is going to take me even more time than expected. Since I’m headed for working on Chronotopia for months just on these tasks alone, may as well make that waiting time productive! It was the other goal of the Kickstarter campaign: make the most out of the fact development is not done to add a few extra illustrations and I must that I don’t regret that for now. Not only does it give me some company but the result is clearly worth going out of your way to see~

Once this has been said, what are our expectations for 2019? The biggest one is, once again, to finally release Chronotopia: Second Skin! We’ve never been this close: the music is done, the art is quite advanced, the writing is done, the translation is almost done. In short ‘only’ programing and translation edit are remaining…which are the most boring and time-consuming tasks. But I do have a new strategy which is to focus on making the routes playable (and releasing them on Patreon in order to test them). The first two ones are almost ready so the finish line is finally starting to appear on the horizon! 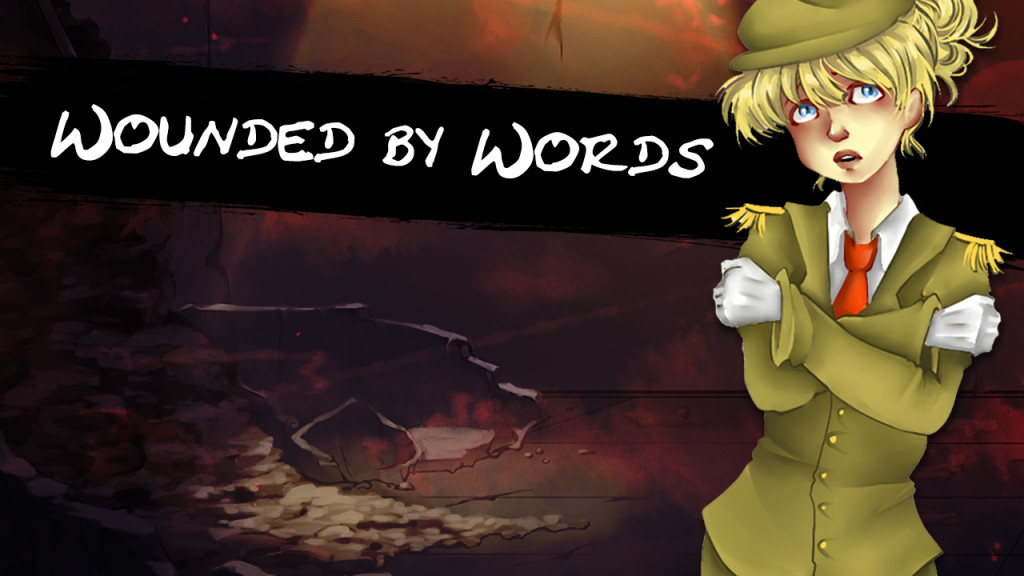 But we won’t have just that to offer in 2019 as we still have to release the Steam edition of Wounded by Words by then! I must say that I intended to work on it right after Garden of Oblivion (available since March) but I finally preferred to focus on our main game instead. It will be an opportunity to correct that. And then, I should also work on other projects from Lupiesoft so I can’t wait to show you all that~